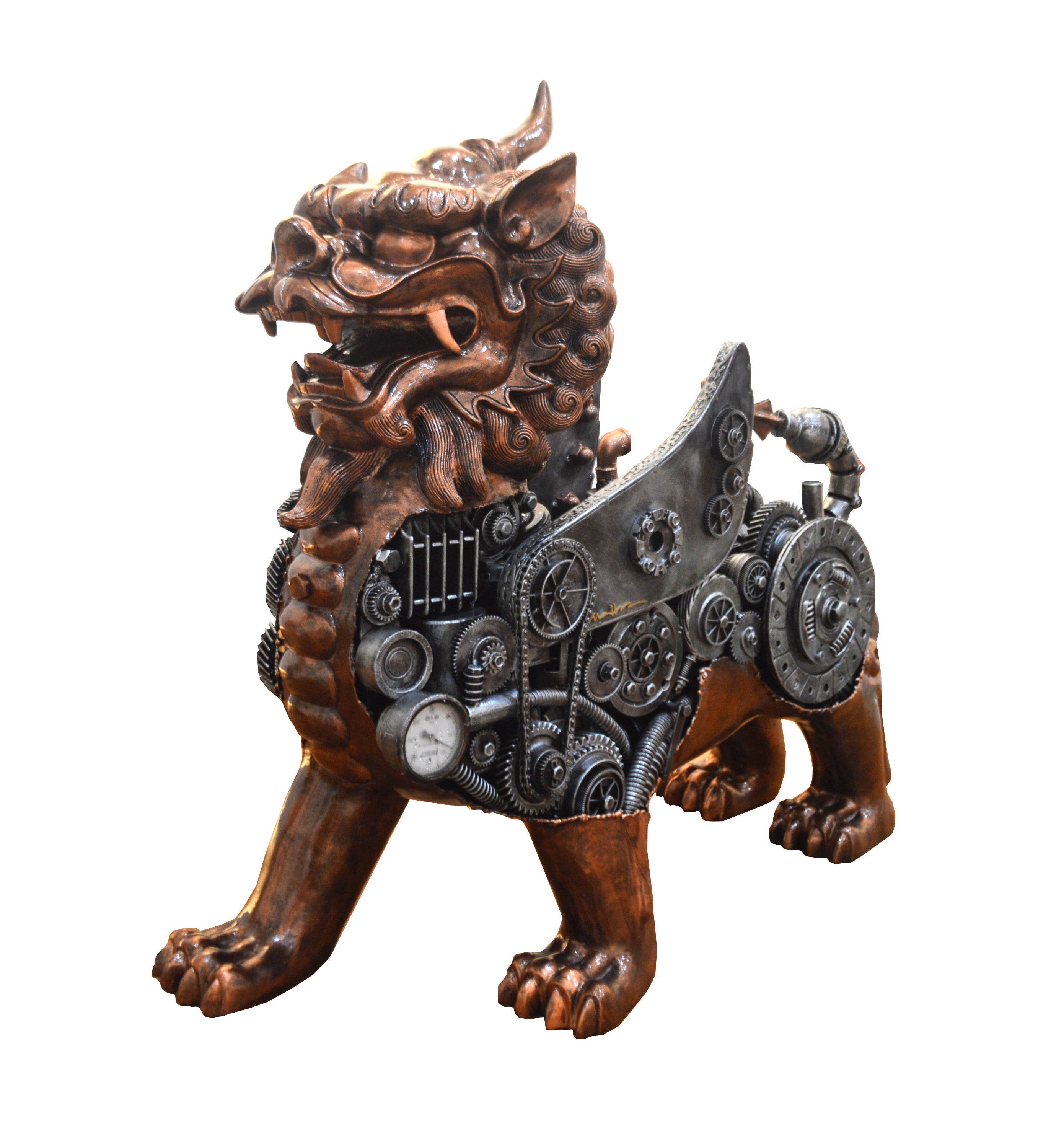 The gentleman’s parlor occurs throughout 19th-century Victorian fiction: a room full of curios and collectibles from a cultured, well-traveled and sophisticated man.

Such would be the Reform Club of Phileas Fogg in “Around the World in 80 Days,” or the den of “Dorian Grey.” Or the Gothic cloakroom of the British Parliament, where Disraeli and, later, Churchill discussed important world event.

“A Gentleman’s Domain” by Ram Mallari echoes the chambers of these dens and parlors. Mallari’s new sculptures transform the space, at SM Megamall’s Art Center, into a veritable gentleman’s parlor that would not be out of place in a Sherlock Holmes story.

Placing various sculpture-as-furniture elements around the room—a grandfather clock, a chess set—Mallari takes his audience into a rich and elaborate setting.

Mallari is renowned for using found metal objects to craft new and wondrous sculpture that take on the visual characteristics of their original purpose: postindustrial and mechanical, yet with an almost organic quality.

“It just happened one day,” said the artist of his approach. “I saw abandoned and rusted metals. I felt them beckoning to me… wanting me to transform them. I find hidden in each of them images so compelling, so grand, so inspiring, so magical.”

Mallari’s grandfather clocks are examples of functional art that can be used to tell the time (and chime at the appropriate time), while admired for their Victorian industrial chic. Likewise, his works of sculpted fauna (such as the lion in “The King”) blurs the distinction between a traditional, mimetic sculpture, and that of a post-modern industrial object. Interestingly, there is a similarity of concept with that of contemporary art star Ronald Ventura, whose own practice likewise juxtaposes the organic and inorganic.

This tension, from Mallari’s point of view, is entirely negotiated within a curated concept of a gentlemen’s parlor, thus forming a link between each work.