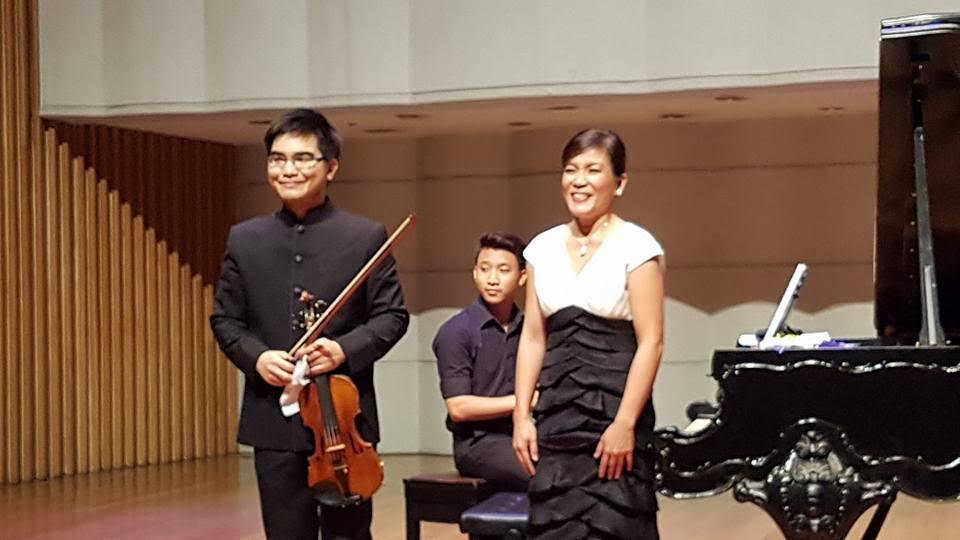 Violinist Joaquin Maria “Chino” Gutierrez is 26 years old but, believe it or not, he has been making music for close to two decades.

One could sense his evolution as a musician as he recently talked about his coming March 18 concert at the BDO Francisco Santiago Hall with pianist Mary Anne Espina.

“I’ll be playing a variety of works from Mozart to Paganini,” he said. “I chose them all for their free-flowing and engaging yet by no means simplistic nature. They’re all works you can lose yourself in, whether as a performer or listener.”

There is a Mozart sonata on the first half, a Faure sonata and a Tchaikovsky number, all of which hold special meaning for him.

“The Mozart is an old favorite of mine; it’s very noble and graceful, deceptively simple, but if played wrong can be painfully boring,” she said. “The Fauré, on the other hand, is a new favorite. It embodies the free-flowing yet dynamic character which is central to the concert.”

He looked forward to being reunited with Espina, her collaborator for nine years now. “We have good energy on stage and our chemistry is real. She’s a superb pianist.”

“As regards my technique, all the teachers I’ve worked with say there’s nothing more to worry about; my technique is now secure. Of course, there’s the usual cleaning and polishing. I am excited by the prospect of more performances, more collaborations.”

He was only 7 when he took his first violin lesson. Two years later he placed second in the National Music Competition for Young Artists (Namcya).

At 10, he bagged the top Namcya prize and made his orchestral debut at the Cultural Center of the Philippines with Lalo’s Symphonie Espagnole. He was easily accepted at Munich’s prestigious State Academy of Music and Theater, where pedagogue Jens Ellermann instantly classified him as “a major talent.”