How prebiotics and probiotics can boost your health | Inquirer Lifestyle ❮ ❯ 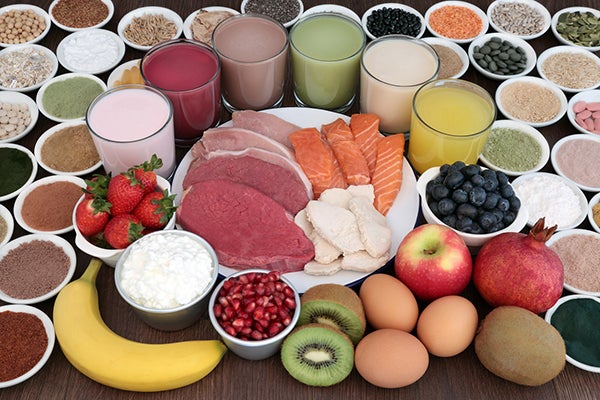 How prebiotics and probiotics can boost your health

Created by the Academy of Nutrition and Dietetics, National Nutrition Month is celebrated annually every March to help everyone make more informed food choices and develop healthier eating habits for improved well-being.

With many recent studies focusing on the benefits of a diet that includes probiotics (known as “good” bacteria) and prebiotics (which act as food for probiotics and promotes their growth), here we round up some of the ways that boosting levels of good bacteria could improve various physical conditions and overall health.

A 2015 study of 700 student-participants found that eating fermented foods, a good source of probiotics, is associated with reduced symptoms of social anxiety.

The study, published in Psychiatry Research, also found that the link between fermented foods and reduced social anxiety was strongest among those who already rated high in neuroticism.

The findings came after an earlier study published in The Lancet Psychiatry stated that an increasing amount of evidence suggests an important relationship between the quality of diet and mental health.

A study published just last month found that prebiotics can help improve sleep and protect against the negative effects of stress.

The team of researchers fed three-week-old male rats a diet of either standard chow or chow that included prebiotics, and found that those on the prebiotic diet spent more time in non-rapid-eye-movement (NREM) sleep, which is restful and restorative, than those on the non-prebiotic diet.

Rats who were on the prebiotic diet also spent more time in rapid-eye-movement (REM) sleep after being exposed to a stressor, with REM sleep believed to be critical for promoting recovery from stress.

Previous research has also shown that stress can reduce healthy diversity of gut bacteria, but the rats on the prebiotic diet maintained a healthy and diverse gut microbiota even after exposure to stress.

A 2015 study confirmed a link between balanced intestinal flora and weight loss.

The study, published in the journal Obesity, showed that while following a four-week high-fat diet, the men who drank a probiotic milkshake containing VSL3 (a probiotic with multiple strains of bacteria including Lactobacillus acidophilus and Bifidobacterium longum) put on less weight than others following the diet and drank a placebo milkshake.

Prebiotics have been shown in various studies to help reduce the risk of allergies.

A French study using mice found that those who received prebiotics had a lower risk of developing a wheat allergy, thanks to the prebiotics improving the immune system’s tolerance to allergens, while a study by the University of Chicago also found that in infants who had trouble tolerating cow’s milk, a new probiotic not only got rid of the allergy, but also changed the composition of their gut bacteria significantly.

A separate study, also from the University of Chicago, found that supplementing rodents with probiotics containing the bacterium Clostridia later in life could reverse a peanut allergy. JB