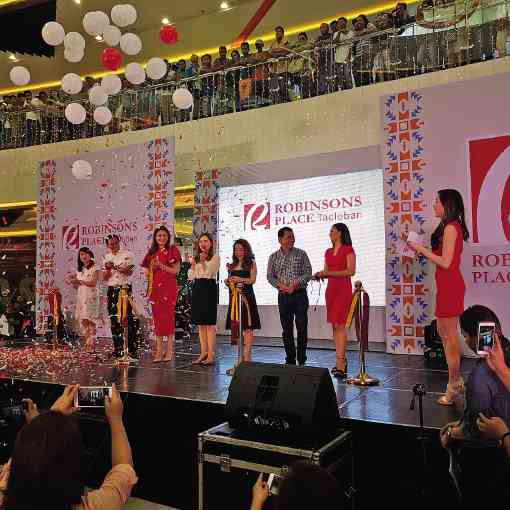 Tacloban is alive again, and so is one of its commercial landmarks, Robinsons Place.

The devastation wrought in 2013 by Supertyphoon “Yolanda” on the provincial capital of Leyte was unprecedented. The images of death and suffering that gripped the world were depressing.

It’s been more than three years, and though politics has impeded the Taclobanons’ primary need for shelter after the storm, things have improved.

Tacloban is again abuzz with activity. Business is booming. Traffic, though still an exasperating ordeal, is a good indicator of progress. Roads are continually being repaired, and it’s wonderful to see locals going about their day with pleasure.

And pleasure means doing what has become a favorite pastime—malling. Robinsons Place Tacloban recently expanded its property, as part of the program to reinforce the company’s presence in Eastern Visayas.

The expansion includes two new cinemas, an improved supermarket and department store, as well as refurbished interiors similar to the design of Robinsons Place Magnolia in Quezon City—but with a Filipiniana aesthetic.

In our visit to find out more about the expansion, we were billeted at Go Hotels Tacloban, an affiliate of the JG Summit Holdings group, which also owns Robinsons malls.

Go Hotels is a godsend for travelers looking for affordable accommodations in Tacloban.

Robinsons Place Tacloban was one of the first establishments to open in the aftermath of Yolanda. It was a gesture of solidarity with the Taclobanons who badly needed to buy food, clothing and other provisions.

Maria Lolita Mate, proprietor of the popular Taclobanon buffet restaurant Cusina Don Vicente, recalled: “We thought that we’ll be going back to business the next day. The day before Yolanda hit Tacloban, we secured the pantry and the cash box.”

She didn’t realize that Yolanda would bring so much damage that her restaurant on the ground floor of Robinsons Tacloban was a mess. The glass walls and doors were shattered, and the grand piano centerpiece was gone.

Mate recounted seeing houses flattened, bodies piled up along the roads, people aimlessly wandering the streets. “The storm spared no one, rich or poor. My child, who was in Manila, thought I was dead.”

Despite the hardships, Mate picked up the pieces, and now Cusina Don Vicente has reopened.

She has also put up another restaurant, Café Juana, located in the century-old ancestral property of her late husband.