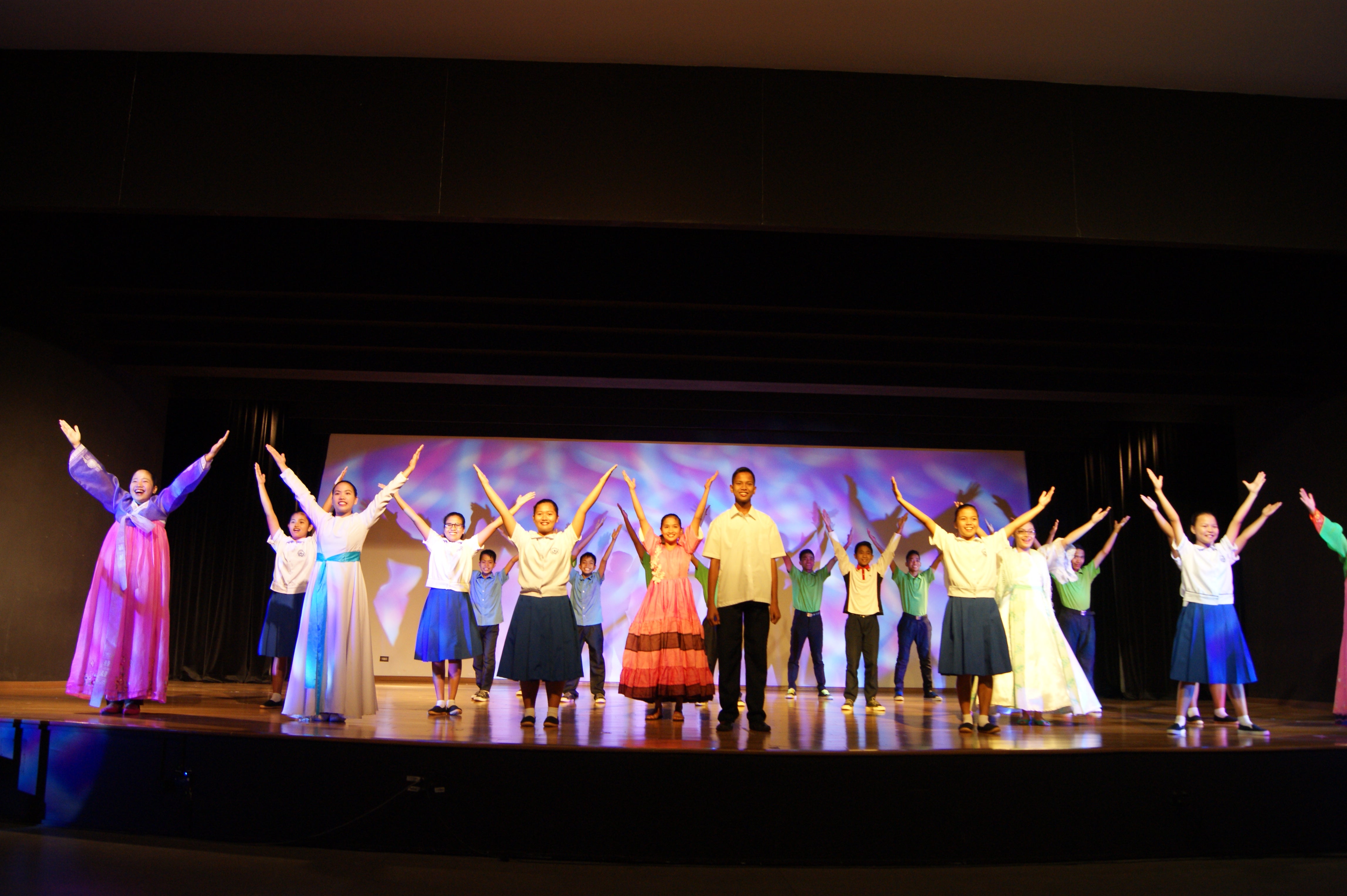 The life and mission of late Fr. Aloysius Schwartz was portrayed by several students of the Sisters of Mary Girlstown and Boystown held at Luis Miguel Prieto Auditorium in Silang, Cavite. PHOTO by Gianna Francesca Catolico/INQUIRER.net

Msgr. Aloysius Schwartz’s contributions and charitable deeds were remembered in a stage play performed at the Sisters of Mary Girlstown complex in Silang, Cavite. In honor of Schwartz’s 25 death anniversary, several talented students from both Boystown and Girlstown coalesced to enact the final moments of Schwartz’s life based on his personal diary.

In the 62 years of his life, Schwartz set foot in various countries and advocated free education among the “poorest of the poor.” After studying theology in Belgium, he founded the Sisters of Mary congregation and served in the destitute communities in Busan, South Korea, for over two decades before then Manila Archbishop Jaime Cardinal Sin invited Schwartz, a Ramon Magsaysay Awardee for international understanding  in 1983, to build schools and centers in the Philippines.

A year later, he opened the famous Girlstown and Boystown in the country, which aim to give scholarships to thousands of impoverished children and provide free lodging and meals.

Despite being immobilized and weak, Schwartz, known to many nuns and colleagues as “Father Al,” detailed his personal struggles coping with amyotrophic lateral sclerosis (ALS or Lou Gehrig’s disease) in a 15-chapter diary. In his own words, he described ALS as a “torture” and preferred being crucified for 15 hours to suffering from the grueling disease for 15 days. When he was diagnosed with ALS, he remembered taking a brochure about the ailment and scribbling his name’s initials “Al. S.” and installing in mind that this was God’s ultimate test bestowed upon him.

Later on, Schwartz’s condition took a toll on him when the faculty of Girlstown and Boystown staged a protest dubbed as the “Teachers’ Strike” in 1990. The teachers met under the pretense of a birthday party of their co-teacher when they were instead encouraged to join the strike against Schwartz and the sisters. Schwartz recalled the time when, while heading to the compound after officiating a Mass, two furious teachers approached him, one of them holding a microphone, waiting for his answers. Chaos erupted when students fought against their teachers and Schwartz dispersed them.

However, life went on for the workaholic and dedicated Schwartz, who even traveled on a wheelchair to Mexico in October 1991 for the inauguration of the country’s first Boystown and Girlstown complex.

Even after his death on March 16, 1992, Schwartz’s legacy of establishing schools for the poorest children in the Philippines and South Korea was honored by the Vatican, which declared him as “venerable,” the first of three steps towards sainthood, in 2015.

For theater arts freshman Antonio Evangelista, playing the role of then-ailing Schwartz was an honor and a blessing for him. “We have been practicing since September [of last year] and it is a great honor for me to play the role of a generous and visionary man like Father Al,” he said.

The stage play was attended by Manila Archbishop Luis Antonio Cardinal Tagle, who said Mass in his honor, Inquirer’s Marixi Prieto, students and alumni of Girlstown and Boystown, and several of Schwartz’s benefactors from Korea and Germany.