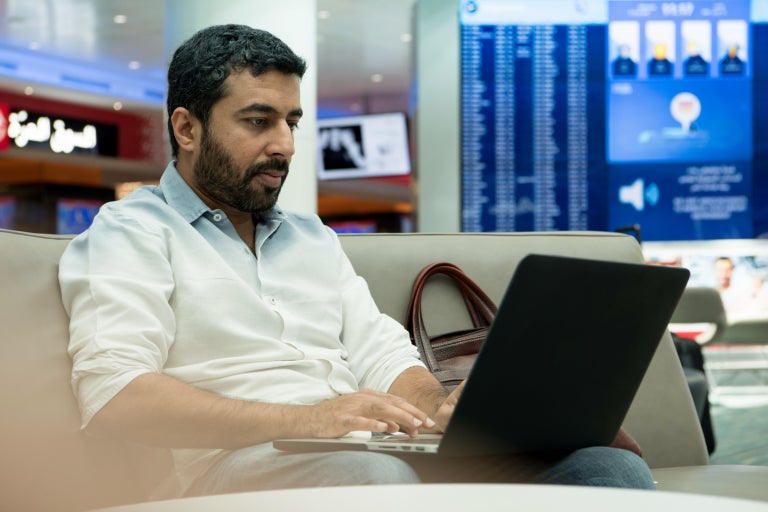 At a speed of 100mbps, Dubai Airport says their Wi-Fi connection surpasses the competition.

Dubbed WOW-Fi, the service is now available to the 89 million passengers who are expected to pass through DBX this year.

Likewise, the Dubai Airports group says it plans to install more than 6,000 new Wi-Fi access points across both airports.

Meanwhile, a report by a public Wi-Fi watchdog group, Rotten Wifi, ranked the best airports for Wi-Fi connectivity last year, and named the United States and Thailand the world leaders, with seven and six airports featured on the top 20 list, respectively.

Clocking in at 42mbps, the Bill and Hillary Clinton National Airport in Arkansas topped the list, followed by Estonian airport Lennart Meri Tallinn, at 38 mbps.

That list covered 226 airports worldwide, but is conspicuously absent of hubs in the Middle East. JB