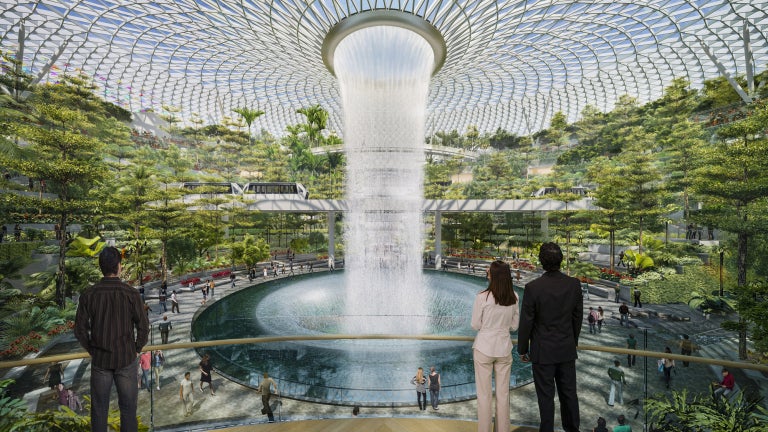 Singapore’s Changi International Airport has pulled off a five-year winning streak, as it is named the world’s best airport for 2017, cementing its reputation as the gold-standard in airport experiences.

Travelers polled for the 2017 Skytrax World Airport Awards gave Changi Airport top marks. Unlike many airports which can be sterile and generic, Changi Airport features everything from a rooftop swimming pool, bamboo and butterfly gardens, to movie theaters, free foot massages, and free sight-seeing tours into the city for fliers with long airport layovers.

Specs for the newest addition to the hub, Jewel Changi Airport, call for a sprawling 10-level complex that will boast an indoor rainforest, walking trails and gardens, and a 40-meter-tall Rain Vortex which will become the world’s tallest indoor waterfall.

All will be enclosed in a glass, biodome complex.

Construction is scheduled to be completed at the end of 2018.

The Skytrax World Airport Awards are based on the results of 13.82 million survey questionnaires completed by travelers representing 105 different nationalities, between July 2016 and February 2017. The surveys were conducted at 550 airports worldwide and asked respondents to rate everything from check-in, arrivals, transfers, shopping, security and immigration, and departure.