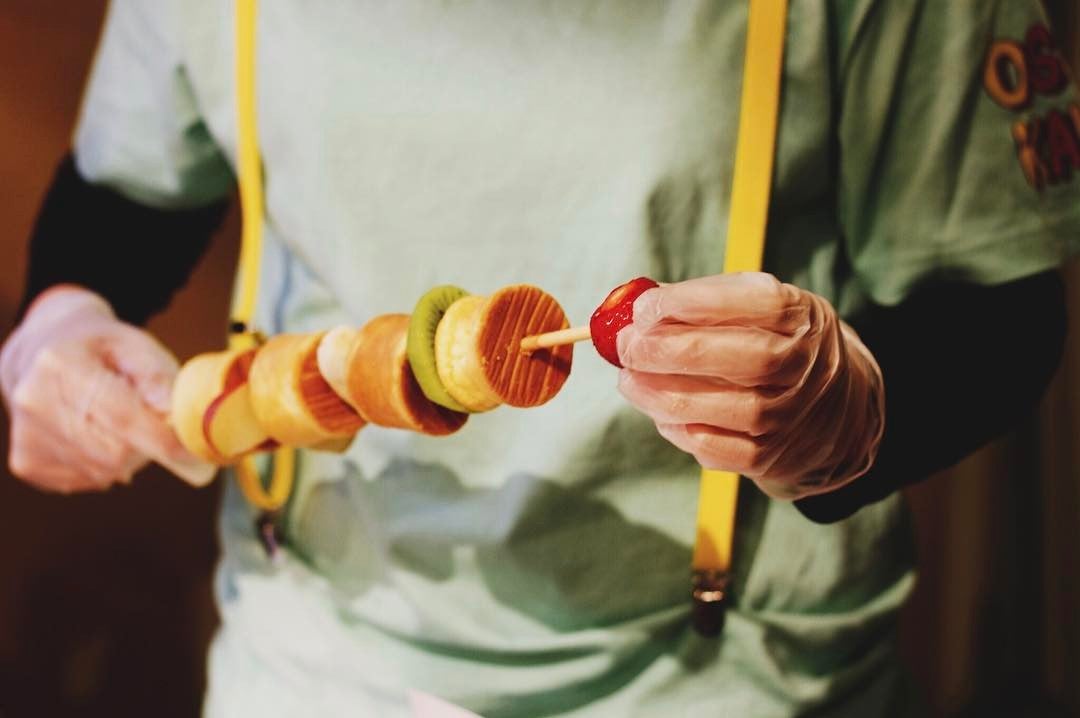 A new trend is making its way around Japan. It’s something that westerners will be familiar with but would never think of eating it the way the Japanese do.

The dish is called “Kushi Pancake” or “Skewered Pancake” and it comes from the fairly recently opened Osaka Kawaii Panbo, reports RocketNews24.

The shop is located in the Shinsaibashi district, on the western side of Osaka. They generally focus on incorporating “kawaii” or “cute” food stuff into Osaka’s food culture.

Their dish is basically composed of miniature pancakes skewered on a stick and interspaced with slices of fruit and marshmallows. It actually looks similar to a kebab.

Kushi Pancakes come in two sizes, the “Mini Panbo” that has three mini pancakes, and the “Tall Panbo” which has five pancake pieces.

Each “Panbo” serving is constructed by a staff and then handed over to the customer on a holder for their choice of toppings and a range of sauces.

Customers can go crazy in customizing their “Panbo” with no restrictions on sauces and topings. Some of the sauce options include raspberry, chocolate, honey, maple syrup and custard, to name a few.

A Tall Panbo retails for 800 yen (roughly P350) while the Mini sells for 600 yen (roughly P270). Since the store’s opening last February 20, happy customers have been sharing pictures of their creations on social media.

If you ever plan to go on a food trip in Osaka, don’t forget to stop by the Panbo shop for some pancakes-on-a-stick. Alfred Bayle/JB