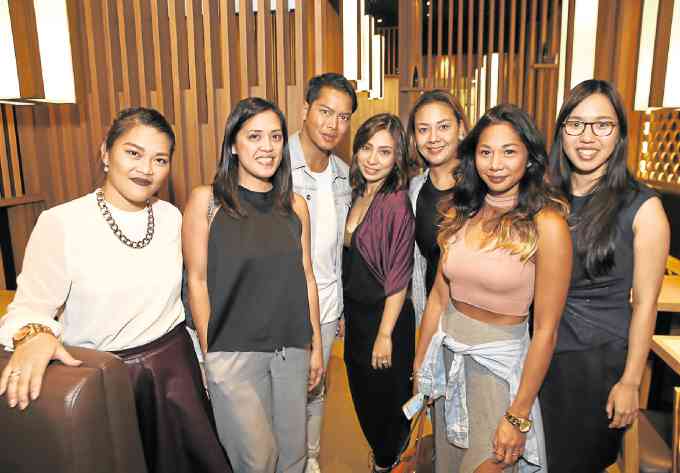 The “Beauty Hot Pot” from Japan is now boiling on our shores. We are talking about the dish Bijin Nabe by Tsukada Nojo in S Maison, Conrad Manila.

The dish, which Tsukada Nojo Philippines started serving only last January, comes from Japan’s Miyazaki prefecture. It has Jidori, a distinct breed of chicken raised for its special flavor, described as “very robust.”

Remarkable is the ceremonial attention that goes into every serving of Bijin Nabe. The divine, prized stock is used in the hot pot. The flavor emerges after stewing the chicken for 18 hours, turning it into a silky, collagen-rich pudding.

It likewise has high collagen content known for its rejuvenating properties and health benefits.

Maria Lucille J. Carlos, president of the multi-awarded boutique Alterations Plus, has launched Sapatero Plus—a shoeshine shop with a difference.

Every customer in Sapatero Plus, said Carlos, is welcomed as royalty and will experience the luxury of sitting on a throne, and shoes placed on top of a box ready for the classic shine.

Carlos said that her vision for Alterations Plus was “to be the best clothing alteration service”—which cannot be supplied by neighborhood seamstresses and tailors.

Alterations Plus has begun to adapt procedures, especially in hemming, that is not regularly provided by other shops.

Organized by Isla LPG Corp. (ILC), the LPG solutions company behind the brand Solane, the exclusive event “is not only a way for us to take a break from our busy schedules, but also an avenue to strengthen connections with our customers through a friendly sports competition,” said ILC CEO Ruben Domingo.

Special awards were given to Augusto Gabriel for longest drive, and Ed Collantes for most accurate drive.