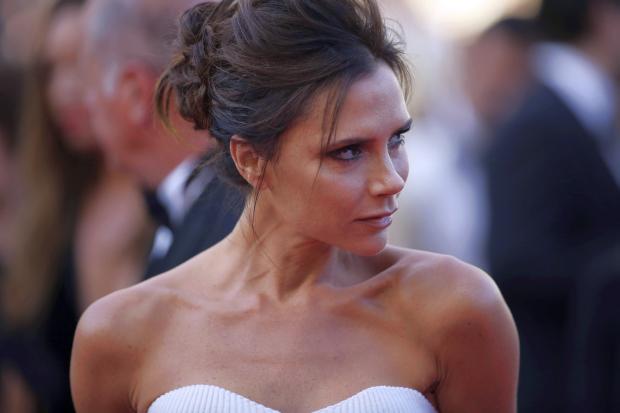 In this photo, taken May 11, 2016, fashion designer Victoria Beckham arrives for the screening of the film Cafe Society at the 69th international film festival, Cannes, southern France. Target is counting on Victoria Beckham to spice up sales. On Wednesday, March 15, 2017, the Minneapolis-based designer offered a first look into the pop star’s collection that hits stores and online starting April 9, 2017. (Photo by THIBAULT CAMUS/AP)

Target is counting on Victoria Beckham to spice up sales

NEW YORK (AP) — Target is counting on Victoria Beckham to spice up sales.

The pop-star-turned designer and Target teased looks Wednesday from a limited-time collaboration that go on sale next month, highlighting hot-pink pants suits and whimsical black-and-white dresses. The 200 items priced from $6 to $70 also include tops, trousers and rompers for women, as well as some matching children’s items. It’s the first foray into children’s wear for Beckham, the former Spice Girl who launched her namesake fashion brand in 2008.

“I wanted to offer a collection of clothes to women who either couldn’t afford designer prices or didn’t want to pay designer prices,” Beckham told The Associated Press. “Target is about being inclusive and that is something that is very important to me as a brand as well.”

Target announced the collaboration in October, and the items will be available April 9.

Beckham, noting that the collection also includes items like coloring books, says the inspiration was the things she and her daughter Harper do together.

“It’s really about me and her and our relationship and our shared experience,” Beckham said.

Target pioneered these designer partnerships in the 1990s but has seen the formula copied since then by competitors like likes of H&M and Gap. These limited-time collaborations can ignite interest in brand, but come with risks as well. Demand for the 2011 collection with Italian designer Missoni drew frenzied crowds and overwhelmed the web site, angering shoppers. Or the collections might not be a huge hit with shoppers, as was the case with the Marimekko Collection last year.

The latest launch comes as the Minneapolis-based chain is trying to rev up sales and traffic after its reinvention lost momentum. Target has been sprucing up its fashions and its home furnishings, but it’s wrestling with stiffer competition and an increasing shift to shopping online.

Mark Tritton, Target’s chief merchandising officer, said Beckham has been very involved, from the design of the collection to the marketing.

“She really has an eye for detail,” Tritton said. “She’s super-collaborative and engaged.” –Anne D’Innocenzio