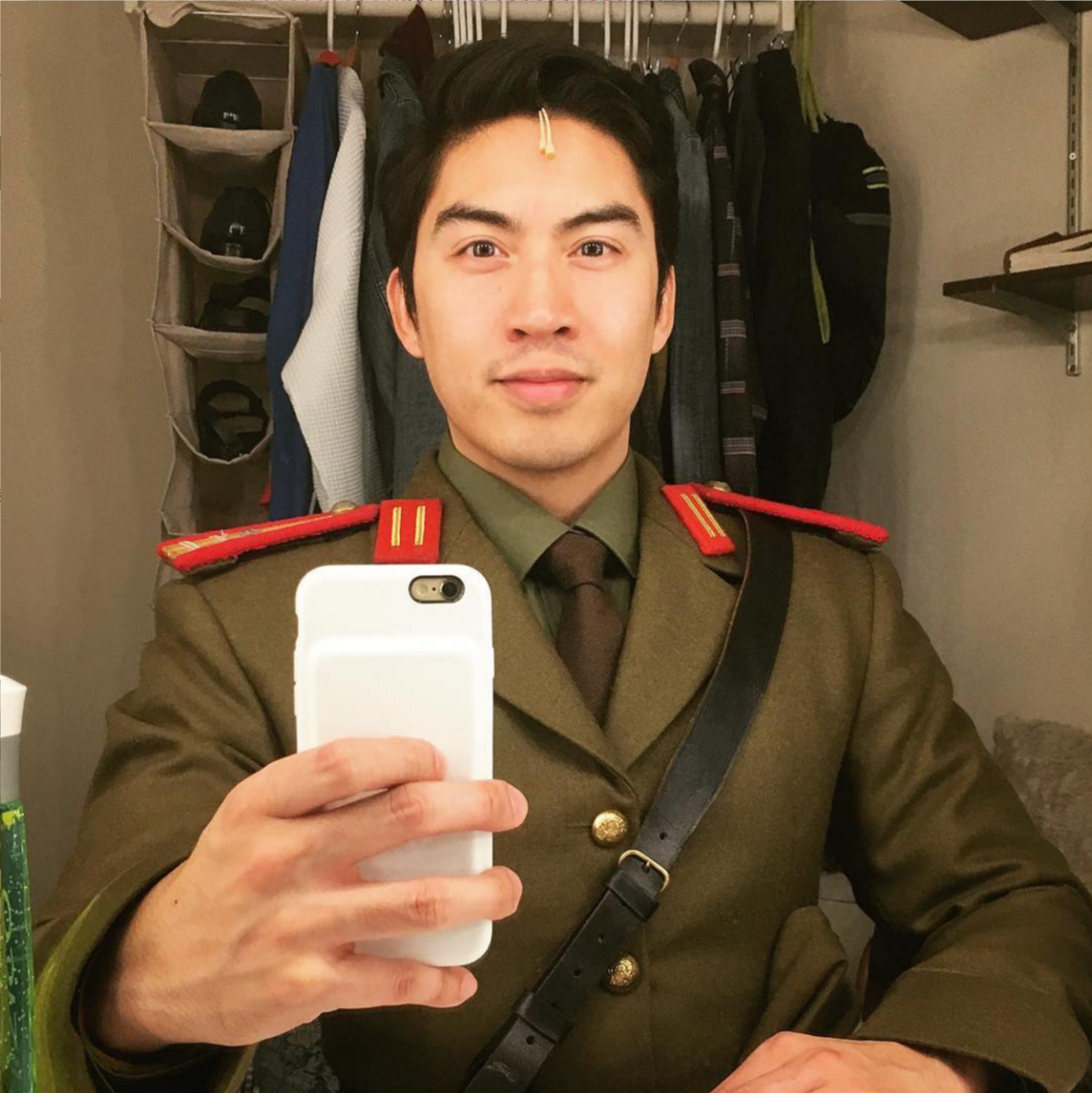 Devin Ilaw—born in New Jersey to Filipino parents—has acted in various productions, including Song Liling in “M. Butterfly” and Lun Tha in “The King and I.” —PHOTO FROM HIS INSTAGRAM

Devin Ilaw: A Pinoy Thuy in the new ‘Miss Saigon’ on Broadway

Sharing the stage with Rachelle Ann Go and Jon Jon Briones on Broadway for this year’s revival of “Miss Saigon” are Filipino-Americans Eva Noblezada, Lianah Sta. Ana and Devin Ilaw.

In the story, where Vietnamese orphan Kim falls in love with and is abandoned by an American soldier during the final days of the American occupation in the 1970s, Go will play Gigi and Briones will play the Engineer.

Both are from the Philippines, though Briones is now based in Los Angeles. Go will move to London later this year to act in “Hamilton” on the West End.

Playing the titular character Kim are Noblezada (born in San Diego to a Filipino father and Mexican mother) and Sta. Ana (born in New Jersey to Filipino parents).

While all four are making their Broadway debuts, their co-actor Devin Ilaw has already performed on the Great White Way as Montparnasse and Marius in “Les Miserables.”

Ilaw will be playing Thuy, Kim’s betrothed cousin and one of the musical’s antagonists.

He previously played the same part in the 2010 Toronto revival. He’s acted in various productions across the US, including Song Liling in “M. Butterfly” and Lun Tha in “The King and I.”

Born in New Jersey to Filipino parents, Ilaw grew up immersed in music. His mother plays the piano, is a church music director and was in a rock band; his younger brother sings, is an award-winning percussionist and plays over 20 instruments.

Ilaw himself began playing piano at age 7 and also went on to win awards.

“My grandmother was my first piano teacher. I’m also a pretty good violinist and can play basic chords on the guitar. I’d love to get better at the guitar and teach myself the ukulele at some point,” he says.

As an offshoot of his piano playing, he started listening to show tunes (“My favorites were  ‘Les Miserables,’ ‘Miss Saigon’ and ‘Jekyll and Hyde’”) and would practice belting out the songs.

“In 8th grade, I entered the school talent show and sang  ‘Confrontation’ from ‘Jekyll & Hyde,’ and the rest is history!”

He went on to complete a BFA in Acting and Music Theater (with honors) from Carnegie Mellon University, which counts the likes of Zachary Quinto, Josh Gad, Ming Na Wen and Renée Elise Goldsberry as alumni.

Though Ilaw has never been to the Philippines (“I’m dying to go. Hopefully soon!”), he grew up with its cuisine.

“I can make a good adobo, both chicken and pork, and sinigang. I’m getting pretty good at making lumpiang shanghai,” he adds.

Ilaw also works out at least five times a week, usually starting with 20 minutes of cardio, either spinning or treadmill, then an hour on specific muscle groups. And he tries to attend a SoulCycle class every Saturday morning taught by Fil-Am castmate Robert Pendilla.

Ilaw’s favorite word in Tagalog is ‘Mabuhay!’ and he says it’s how he approaches every day: to live a good life with friends and loved ones.

The Broadway revival of “Miss Saigon” opens March 23 at the Broadway Theatre and is scheduled to end January 2018. A US tour will follow. —CONTRIBUTED