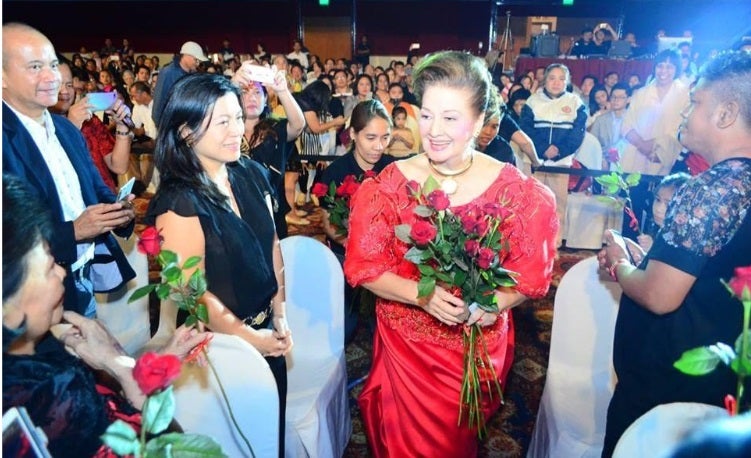 In 1991, pianist Ingrid Sala Santamaria ventured into the heroic task of providing musical education for Cebu’s musically talented individuals, many of whom learned music from the musical classes held by the Salvador and Pilar Sala Foundation, Inc. in Cebu City.

The training was geared toward putting up a symphony orchestra to answer Cebu City’s musical needs.

Halfway through the 10-year development plan, the Cebu Youth Symphony Orchestra was born in 1995. By 2000 it had graduated into a mature Peace Philharmonic Philippines.

Throughout the decade, Sala Santamaria passionately managed the training of these budding musicians she literally gathered from one Cebu town to another. She personally attended to their training, inviting pedagogues from Manila and abroad, and managed the foundation’s financial and artistic concerns.

All those years, she starved “pianistically” as she did not play the piano, except on the rare occasions when the orchestra would need her to collaborate.

On her 77th birthday on Feb. 25, she was surprised by a “tribute,” a grand reunion concert by the alumni of the foundation.

Billed a “Grand Finale” concert, the event was organized by the siblings Hannah Magdadaro Go and Hazel Magdadaro Sanchez and their parents at the Pacific Ballroom of Waterfront Hotel and Casino in Lahug, Cebu City.

Former members of the Cebu Youth symphony Orchestra (CYSO) and the Peace Philharmonic Philippines (PPP), and some alumni of the foundation and volunteer musicians from Japan, Australia and Manila who had played with CYSO and PPO, came over to partake of the celebration.

Rey Lecciones (violin) came all the way from Perth, Australia.

It was a big orchestra that potently crafted a brilliant symphonic sound, conducted by its previous conductor, Rodelio Flores, who flew over from Oregon, where he and his family are now based.

Of the over 100 alumni, 75 are based in Cebu and are actively engaged in musical playing. Twenty-one of them teach in colleges and schools in the province. Some alumni are also engaged as choral directors.

The program included Beethoven’s Symphony No. 1 in C Major; Sibelius’ “Valse Triste” and “Finlandia”; Green’s Overture on Philippine Folk Songs; and Grieg’s Piano Concerto No. 1 in A Major, with Sala Santamaria as soloist.

Reunited after several years, the musicians played with gusto, especially when they played “Happy Birthday” song in honor of their musical mother.

In her message, Sala Santamaria recalled that, years ago, putting up the orchestra was not a bed of roses. The hurdles were conquered, and now the orchestra she just played with was a robust harvest that continues to enrich the musical-cultural scene of the province of Cebu.

Tonight, she said, is “a monument, not necessarily for me alone because it is my birthday, but a toast for what music can do for humanity.”