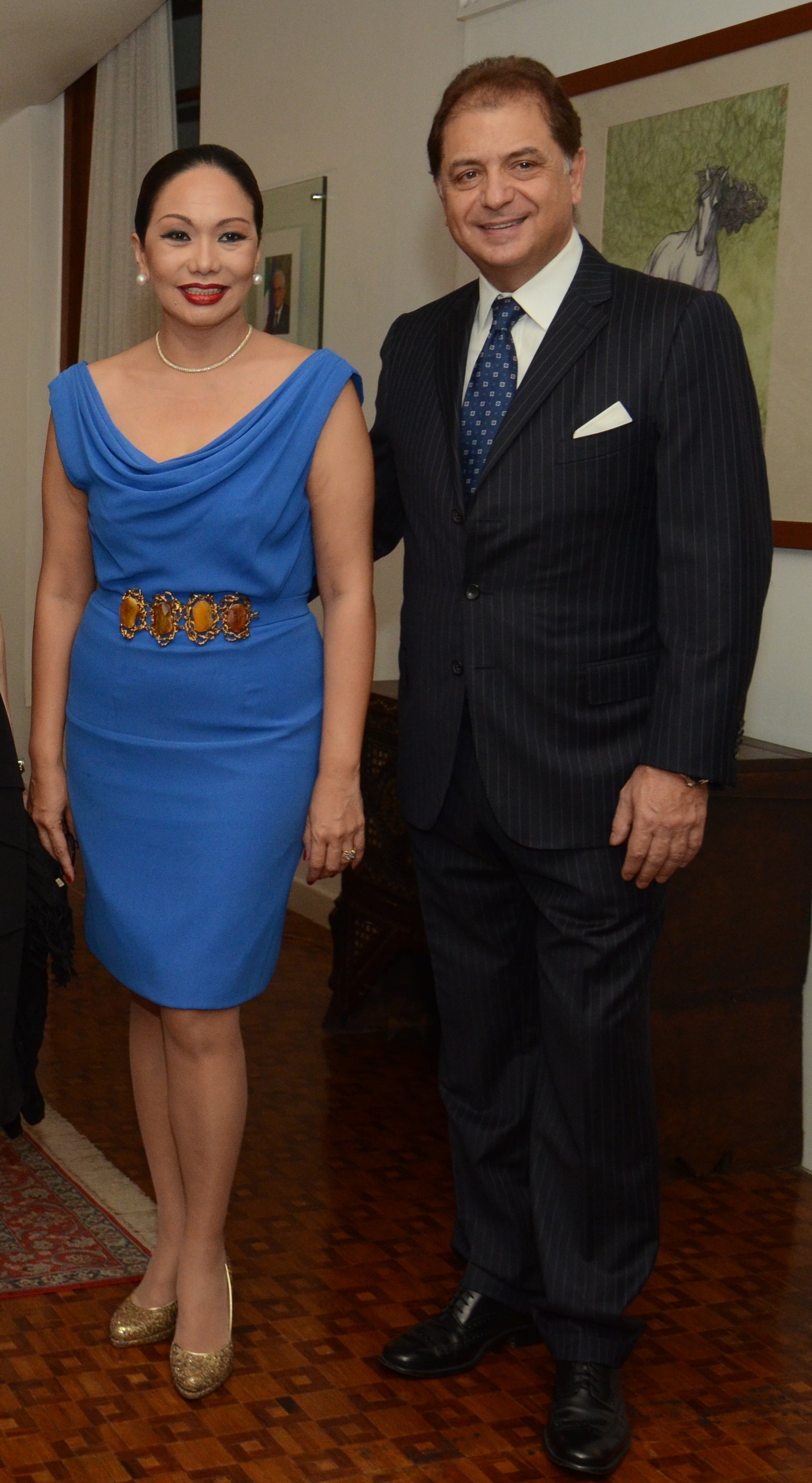 Italian Ambassador Massino Roscigno, in conferring on Raul Sunico the Commendatore (Commander) of the Order of the Star of Italy, called him “one of the greatest personalities of the (Philippine) cultural world.”

“He has performed with excellent results in many countries, both as a soloist performer and with some of the famous orchestras; as well as, also, composer and arranger of original and folk music from his country, which he has greatly contributed in promoting around the world.”

As president of the CCP since 2010, “Sunico has given new impetus and prestige to the country’s largest cultural institution.”

“A sincere lover and admirer of Italy, Italian culture, and especially the great musical tradition of our country, Doctor Sunico—despite being burdened by so many commitments and responsibilities —has always collaborated with maximum availability, generosity and dedication to the cultural initiatives of our embassy, often hosting them at the Cultural Center of the Philippines (CCP), always providing every possible support, always helping to promote them at best.”

Roscigno said among the Philippine-Italian cultural collaborations that had been held under Sunico’s stewardship of the CCP included the orchestra concert honoring Italian cinema master Federico Fellini; “a remarkable staging of ‘Barber of Seville’ by Gioachino Rossini”; “the unique ‘Viva Verdi’ opera recital, celebrating the bicentennial of the most famous Italian opera composer”; the concert of internationally renowned Italian pianist Christian Leotta; the recital of soprano Elena Monti from La Scala di Milano; the symphonic concert “Italian Great Classics: and Homage to the Philippines,” featuring for the first time in Southeast Asia Italian composer Muzio Clementi.

Ambassador Roscigno added it was under Sunico’s leadership when “the magnificent grand piano Fazioli,

Italian-made jewel,” was installed at the CCP.

“It brings the most prestigious brand of pianos for the first time in Manila,” explained the envoy, “a well-wishing symbol of stronger links between our countries.”

“All of these, and many other musical projects, have greatly contributed to further strengthening the cultural bridge between Italy and the Philippines.”