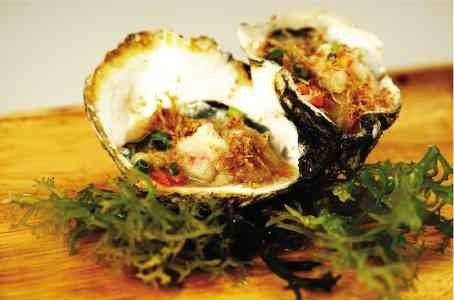 The global conversation on culinary innovation resumes as the Philippines preps for the third installment of the much-anticipated annual gastronomy congress Madrid Fusion Manila.

Set on April 6-8 at SMX Convention Center, Pasay City, the Asian version of the Spanish culinary conference will again gather top chefs from around the world to talk about this year’s theme, “Towards a Sustainable Gastronomic Planet.”

Like in the past two congresses, 2017’s roster of chef speakers is impressive, led by pastry chefs extraordinaire Jordi Roca and Alejandra Rivas Gomez of the famous restaurant El Celler de can Roca. Gomez will not only show his renowned creativity with desserts, but will also explain his chaos theory, which has become the basis of many of his masterpieces.

There are notable Spanish chefs—Paco Pérez of Miramar; Kiko Moya of L’Escaleta; Josean Alija of Nerua Guggenheim Bilbao; and Rodrigo de la Calle of El Invernadero who will share his interest in green cuisine.

Pedro Subijana of Akelare will discuss his 40-year journey in a talk titled “From New Basque Cuisine to Basque Culinary Center.”

There will be celebrated chefs from Europe and Asia, like Gert de Mangeleer of Hertog Jan in Belgium, French chef Julien Royer of Odette in Singapore, and Simon Rogan of L’Enclume in England.

Magnus Ek of Oaxen Krog & Slip in Sweden will talk about pre-dinner food; Vicky Lau of the Tate Dining Room and Bar in Hong Kong, on the life of food; Kamilla Seidler and Michelangelo Cestari of Gustu in Bolivia, on deliciousness and social entrepreneurship.

Tony Yoo of Dooreyoo in Korea will talk about the art of Korean BBQ and fermentation. Ray Adriansyah and Eelke Plasmeijer will present the importance of cooking with local ingredients, which he fervently practices in his restaurant Locavore Ubud.

The Philippine contingent is equally stellar. Café Ysabel’s Gene Gonzalez starts the three-day congress with his presentation on the elements of culinary development. Robby Goco of Green Pastures and Cyma will prep goat meat in multiple ways.

Jordy Navarra of Toyo Eatery will take up sustainability through practicality. Josh Boutwood of The Test Kitchen will show the audience how to turn trash into edible treasure.

US-based Fil-Am pastry chef Sally Camacho Mueller will clarify which came first—the duck or the egg, and Filipino sisters Tatiana and Katia Levha of Le Servan in France will examine cooking from stem to stern.

Creating as much excitement as culinary ideas and advocacies is the regional lunch to be hosted by the Department of Agriculture led by Undersecretary Berna Romulo-Puyat.

“I am excited about this year’s regional lunches because they highlight our local ingredients,” she says. “Not only that, we will use ingredients grown in a sustainable manner following this year’s theme.”

They get to play around with rice, such as the violet balatinaw from Mt. Province, white innawi from the Banaue Rice Terraces, and the brown chong-ak from Kalinga.

For day two, curators Sasha Mariposa, Idge Mendiola and Nina Puyat will highlight a current trend in cooking—nose to tail.

In all three days, JJ Yulo will manage the kitchen, Bel Castro and the team of Enderun students will help in the service.

The rest of the country will celebrate Madrid Fusion through The Flavors of the Philippines— a two-month-long series of events consisting of festivals, cooking demos, food tours, market visits and Dinner with the Stars, where chefs collaborate to produce a memorable meal.

Among the recent events were the Paella Gigante organized by LTB Philippines, Sociedad de Beneficia and Ayala Malls, and the vegan fair which ran for two weeks at Lucky Chinatown.

Myke Sarthou will serve the dishes he presented in this year’s Madrid Fusion in Spain at Raffles Makati. Some pastry chefs will collaborate with Sally Camacho on a dessert degustation at Le Petit Souffle, Megamall. —CONTRIBUTED
For details on  Madrid Fusion Manila 2017, visit www.madridfusionmanila.com