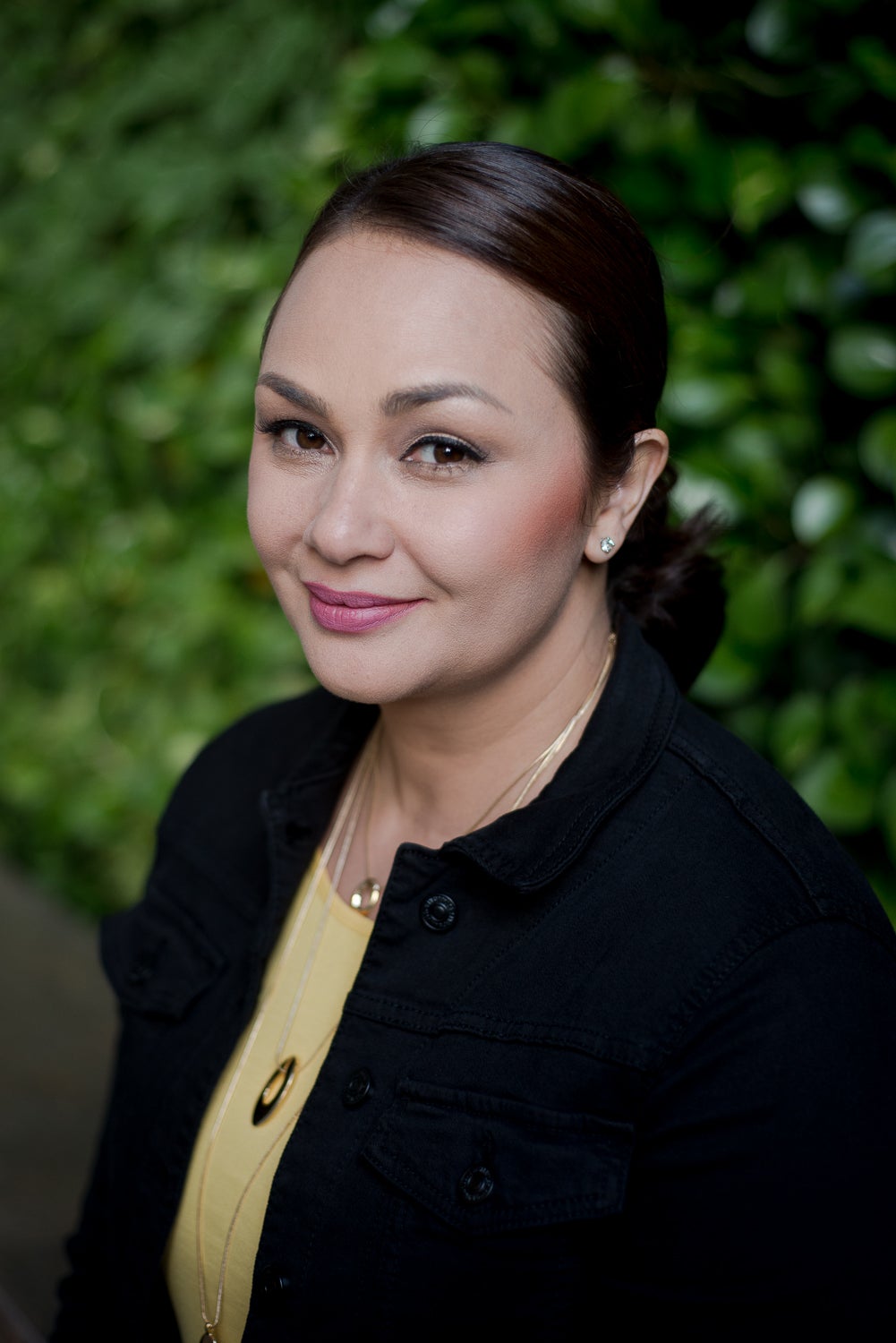 Donita has discovered a passion for cooking. Photo by Eloisa Lopez

Underneath the bubbly personality that Donita Rose exudes is a woman who knows what she wants and is determined to get it. The actress and TV host realized belatedly that food was her passion. This was triggered several years ago when she witnessed a friend’s “hell week” in culinary school. Instead of being put off, she was entranced.

“One of my closest friends was taking a course at the Academy for International Culinary Arts in Pasig, and she invited me to be a guest in the restaurant simulation,” Donita told Inquirer Lifestyle in an exclusive interview. “When I saw the kitchen, my heart leapt.”

She recalled feeling the same way while watching “Ratatouille,” the animated movie of a rat whose dream was to become a chef. “My then husband looked at me and said, ‘My God, that is so you.'” The couple has since divorced and now Donita and their pre-teen son JP live in Manila.

Her friend introduced her to the owners of the school and Donita wasted no time in suggesting that they sponsor her lessons. They agreed and even allowed her to take along two companions. Donita chose to give one slot to her helper who shared her interest and passion in cooking.

“It would also benefit me because if I was working in the kitchen, she would know what I was talking about or anticipate what I needed. We both completed the course at the same time.”

Initially, the school owners suggested that Donita sign up for one class first, but she was determined to complete the year-long course.

“Classes were on weekdays, 1-5 p.m. Sometimes, we’d be there till 6 p.m. but I would still shop for groceries after class so I could practice making the recipe for the next day at home.”

At the same time, she still had a morning show (Umagang Kay Ganda) that she had to wake up for at 2:45 a.m. She would bring to the studio her knife, chopping board and vegetables. “I would practice my knife skills by chopping up the vegetables using the correct measures. I’m a perfectionist kasi.”

After completing 150 internship hours, Donita still had to do 400 externship hours at a restaurant. She went to the US hoping to get a job there so she could complete the 400 hours but had to come back to the Philippines because “there were no jobs to be had.”

Back home, she got a job in the kitchen at Crowne Plaza Galleria where she stayed for six months before heading back to the US where she landed jobs at an Italian restaurant under a Filipino chef, a Japanese and Korean fusion restaurant at Mandalay Bay in Las Vegas, and at the gourmet sandwich department of the online shopping company Zappos.

“I was in charge of coming up with the sandwiches at the bistro daily for nine months. Our most popular was my adobo wrap and, I’m proud to say, I didn’t repeat any sandwich preparation the entire time I was there.”

The restaurant is exclusively for the company’s 4,000 employees. Since Zappos subsidized the meals, employees only had to pay $4 per meal. It was her training there and the catering jobs she would take on during weekend that helped hone Donita’s culinary talents.

Now, she is the brand ambassador of Jolly Heart Mate Canola Oil where she gets to come up with her own recipes. Last year, she and the team attended several Philippine fiestas where Donita demonstrated her kitchen skills.

“I tend to prefer gourmet flavors but I still wanted to come up with dishes that were also accessible to moms and homemakers.”

For the Kadayawan festival in Davao last year, she came up with a savory Durian Coconut Chicken Curry.

“At first, people said, ‘Ugh, durian in a hot dish not dessert?’ But then they tasted it and fell in love with it.”

She has since been able to get her own place, but it still needs to be renovated so she can upload new video blogs from her kitchen.

It might take getting used to for some to see Donita as a culinary whiz, but her passion for food is heartfelt and admirable.