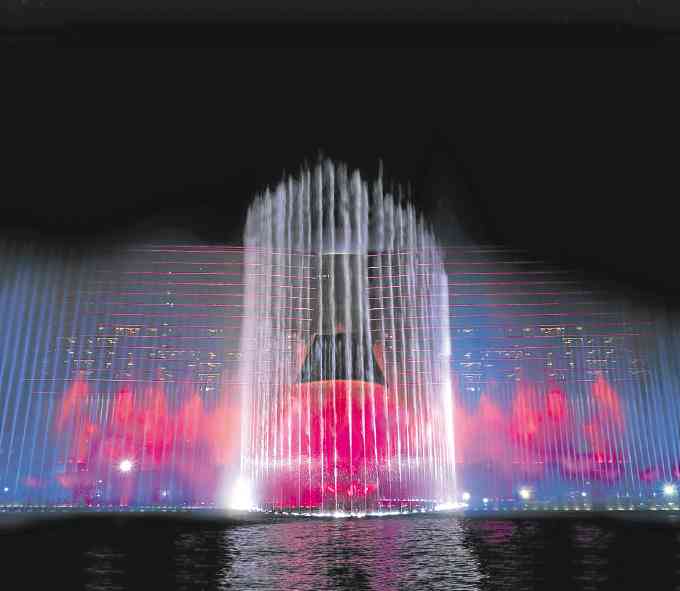 Okada Manila is all set for the grand unveiling on March 31 of the world’s largest multicolor dancing water fountain, which is bound to be another Philippine tourism landmark.

Considered as Manila’s biggest and most lavish integrated resort development, Okada Manila will also present its key amenities and facilities on March 31 such as luxurious hotel rooms, top-notch restaurants and retail shops.

Beautifully situated at the heart of the 44-ha resort, Okada Manila’s The Fountain, will debut a spectacular dancing water fountain show in sync with music and multicolor lights. The show will be enhanced with a highly immersive projection mapping onto the glass surface of the 800-meter-long crystal corridor surrounding The Fountain. This will create a whimsical augmented and interactive reality.

The combination of digital technology, live acrobatic and circus performances and the grand water fountain display is bound to romance the senses, as it were, of its audience.

Okada Manila is flying in multi-awarded singer, songwriter and record producer Robin Thicke to perform his hit songs on The Fountain stage.

The lavish accommodations include the Deluxe King or Twin that ranges from 55 to 74 square meters, with designer amenities, spectacular views of either Manila Bay or The Fountain, and advanced in-room technologies such as DigiValet Service, an iPad that controls amenities in the guest room and even communicates to people outside including the hotel’s restaurants and concierge.

Okada Manila is offering these rooms at an introductory rate of PhP 8,888 net for stays from March 31 to April 30, except Easter holidays.

Okada Manila has more than 40 dining establishments with modern and elegant interiors. On the 31st, key restaurants will be introduced to guests—the culinary masterpieces of Michelin-star chef Hirofumi Imamura in his eponymous Japanese Kappou Imamura restaurant; Ginza Nagaoka for a taste of masterfully prepared sushi and sashimi specialties; oriental flavors at Red Spice Chinese restaurant; variety of cakes and treats at the Lobby Lounge and Pastry Shop.