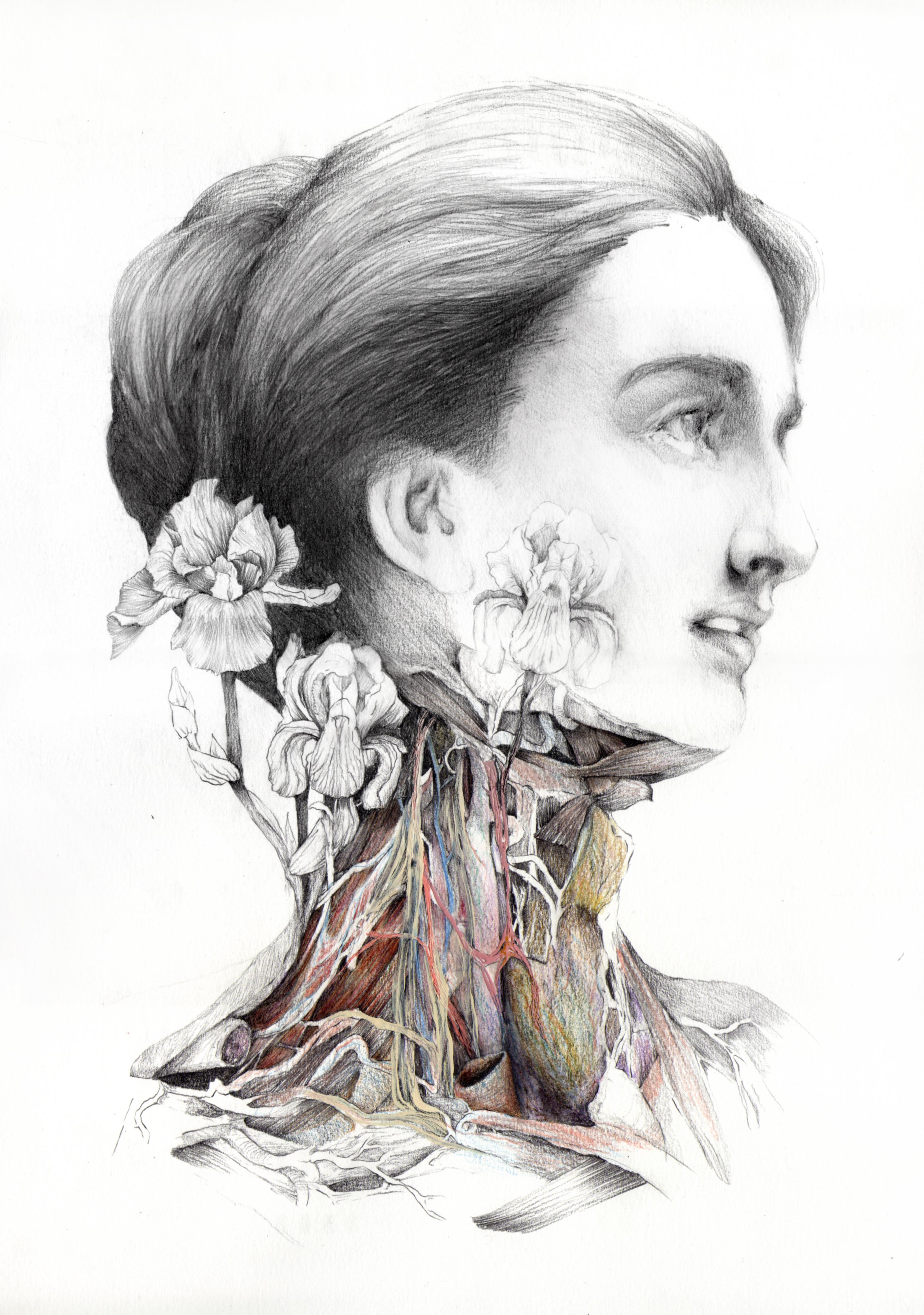 “Anatomy of an Iris”

In a large forest in Norway where snow covers the land 200 days a year, an old tree has stood sentinel since the time when the British Isles were still connected to Europe.

Named Old Tjikko, this Norway Spruce has lived for nearly 10,000 years. The average human lifespan is .0079% of the age of Old Tjikko—if it were to blink, it could miss us.

Still, the tree and its observer are closely interwoven in a cycle that is inconceivably old —a primordial vein that stretches unfathomably into the future.

Italian artist-anatomist and Galerie Stephanie’s latest artist-in-residence Nunzio Paci possesses a breathtaking ability to reconnect these beings, reaching through the warp and weft of time to paint figures of regeneration that coalesce what has passed with what is yet to come.

The maturity of his subject, as well as the extreme care with which he produces his profoundly beautiful works has seen him exhibit around Europe, the United States and Asia.

His drawings, paintings and sculptures have been shown all over Italy: at Bologna Anatomical Wax Museum (2011, 2016); the historic Fogazzaro Palace (2011, 2012); and at the industrial complex-turned-exhibition space Fabricca Saccardo (2012), before he was signed onto the Milan contemporary art gallery Officine dell’ Immagine in 2013.

Nunzio has also been featured in a number of publications, from WideWalls and Hi- Fructose to Vice’s Creators series, and most recently in “Anatomy Rocks,” a compilation of over 60 international artists that reinterpret anatomy in spectacular fashions. He has been the recipient of six residencies in Sweden, China and Norway; with this three-month residency under Galerie Stephanie in the Philippines being his latest. —CONTRIBUTED