Manila–what once was and what can be again | Inquirer Lifestyle 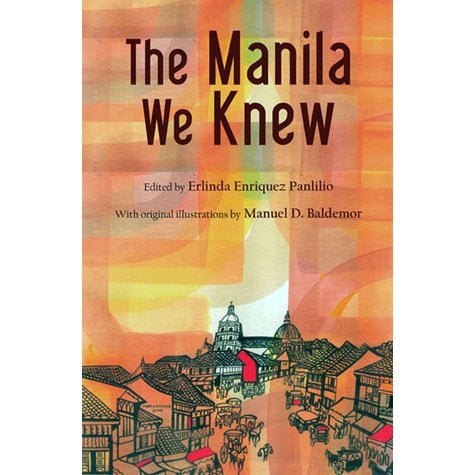 Manila–what once was and what can be again

In “The Manila I Know” (edited by Erlinda Enriquez Panlilio; Anvil Publishing, 2017), 14 contributors write about the districts they love or know best. The result is a book of varieties and contrasts that best describes Manila as a whole.

With expertise and a scholar’s respect for accuracy, Jaime Laya’s “The Noble and Ever Loyal City” tackles Intramuros. Once intimately associated with the Intramuros Administration, Laya knows the lay of the Walled City and spells out the major difficulties confronting the restoration of this cultural jewel.

As Laya describes plazas, baluartes, churches, monuments, elegant homes, official residences, and the massive entrances to areas of the once walled city, the readers’ mental picture of an Intramuros with crumbling walls becomes the Intramuros that once was and can be again.

One feels the urge to visit Intramuros with a map that could complement his detailed description of the site that was once our political and religious center.

Sarah F. Lumba’s “My Marikina” is a picture of a once simple town succinctly described: the townspeople; their distinct manner of speech; their particularly sardonic humor; and their attitudes which defy social or political correctness!

“Growing up in Sampaloc,” by Benito F. Legarda reveals a Sampaloc that once had fields, trees, homes with extensive surroundings and fireflies.

Like the fireflies of Sampaloc, a 17th-century church embellished by Chinese clouds on its pediment no longer exists. And so Sampaloc lurches on; the different usages of surviving buildings marking the passage of time.

With the advent of war, Legarda Elementary School becomes a barracks for Japanese soldiers, then an evacuation hospital for wounded American soldiers.

General Geronimo Elementary School became a convalescent home for soldiers, a social hall of sorts, and eventually a home for war widows and orphans.

The sheltering trees in the gardens of Sampaloc homes, once scenes of family celebrations, became the shelter that hid cowering Japanese   from the sight of planes of liberation zooming overhead, and the silent backdrop of a youth’s terror as he stares at a blade that could end his life.

This piece is highly informative. Sampaloc is well served by Legarda’s narrative.

The fact that Filipino architects were abreast of the art deco movement and were influenced by its aesthetics is revealed in Lourdes R. Montinola’s “Escolta: Old Manila’s Premier Shopping District.” Her admiration for the artistry and talent of the architects of Art Deco buildings in Escolta is obvious.

Paulo Alcazaren’s “Jeproks: My Life in the Projects,” begins with records of what was envisioned for Quezon City. There was a master plan, but this plan becomes a sorry record of dashed hopes and thwarted visions. Kindly, Alcazaren attributes this sorry denouement to challenges of fate and circumstance.

Josefina Manahan’s “In Search of a Memory” recounts incidents of her life as a young girl, as an adolescent, as a wife and mother in the different environs of Manila. In so doing, she records the drastic changes she perceives.

Rhona Macasaet’s “Pasay: A View from Roberts Street” presents us with a picture of the area fronting Manila Bay before the flurry of land reclamation hid the gorgeous view of the bay from the residents of Roberts Street.

Krip Yuson’s “A Personal San Juan” takes us to our years of testing the limits of social borders, part and parcel of the growing-up process.

Hindsight can be painful when one reads Vergel Santos’ “Memories of a Tropical Spring.” The author’s “spring” was also the Spring of Malabon, a period when the sustainability of Malabon as a community was evident.

There was a sufficiency of products produced for its inhabitants; there were skills passed on from generation to generation; there were professionals serving the simple needs of the people; and, more importantly, the people knew and succeeded in keeping the waters that surrounded this low-lying area at bay: A network of fish ponds provided a decent livelihood for the population.

A mindless decree converts fishponds into housing areas; the sustainability of Malabon is compromised. The irony is that we now seek sustainability in our industries because we know that   there are limits to the resources we have, and because we see that nature demands payments for the abuses we inflict upon it.

Malabon now suffers moonson floods and more, but, indeed, once upon a time it was Spring in Malabon.

Gloria O. Reyes’s “The Quiapo I Used to Know and … Love” shows in fine detail the lifestyle of wealthy families with roots in Quiapo. Words like zaguan, entresuelos describing the floor plans of their homes intrigue the imagination.

Similarly, “Elegy to My Lost Home” by Cristina Pantoja Hidalgo pictorializes a lifestyle as lived in a home built by her father, this time on Broadway.

Gaby Gloria in “Antipolo, the Pilgrim City” reminds us of the persistence of pious devotions and how their very strength shapes the lives of families and communities.

“Swan Song for Broadway,” by Millette Ocampo includes personalities that graced our newspapers years ago.

Panlilio’s “Makati in My Heart” takes us by surprise. We do not think of Makati as having a past, but it does, and we have Panlilio who diligently uses historical archives to unearth its roots. —CONTRIBUTED