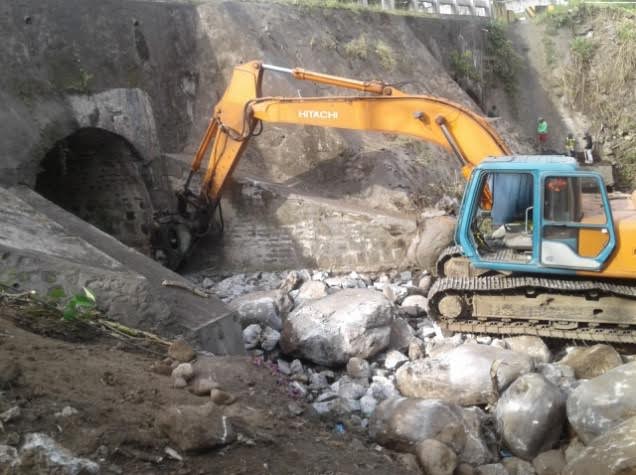 At least two of the remaining Spanish-era bridges in Tayabas, Quezon province, are in danger of being altered or altogether destroyed because of a road-widening project by the Department of Public Works and Highways (DPWH).

Portions of Puente de Gibanga have already been scraped off and demolished.

These bridges were collectively declared National Cultural Treasure by the National Museum in 2011.

Malagonlong, the longest Spanish colonial bridge in the country spanning 445 feet, is   in Tayabas.

In the 2011 declaration, National Museum describes the Tayabas bridges as “testaments to ingenious engineering and construction styles which pave the way for development [of several towns], ideally without harmful consequences to the natural environment.”

Tayabas historian Ryan Palad said the Gibanga bridge had been damaged by DPWH but, due to protest by heritage advocates, the lower portion made of bricks was preserved. He said it was already too late to save its entirety.

Alternate routes, he added, should be constructed to save the other bridges so that they don’t suffer the same fate as Gibanga.

The dialogue was held after a crack was discovered on one of the ancient bridge’s side, which could have been caused by regular traffic or DWPH works.

The bridge with its massive lower portion had been intact until the World War II when it was bombed. A new concrete bridge was constructed on top of it.

Salvana also guaranteed the construction works at Puente de Camaysa, another heritage bridge in the city, would not affect the edifice with a new bridge being built on top of it.

Kevin Wilmer Rayel of the city government’s Oplan Sagip Tulay told the Inquirer that the fate of the Gibanga Bridge, which is under DPWH Quezon District 2 engineer Nestor Cleofas, remained uncertain. Rayel said the city government would exert all efforts to save it.

The National Museum said it had inspected the Gibanga and Princesa bridges and would release its findings soon. —CONTRIBUTED