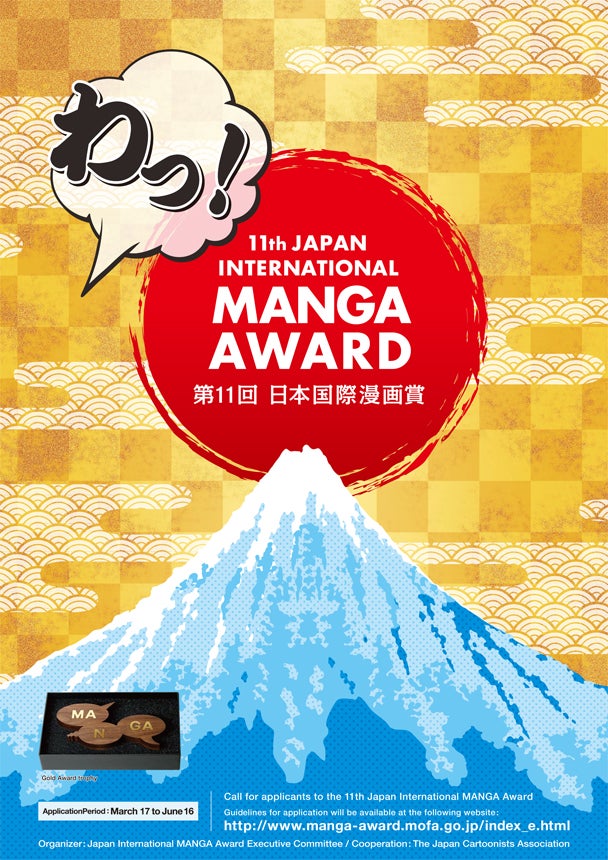 The Embassy of Japan announced on Monday that it is now accepting entries for its 11th Japan International Manga Award, an effort to spread manga culture around the world and to promote international cultural exchanges.

Interested participants must submit a completed entry form and two non-returnable hard copies of their own manga work composed of more than 16 pages. An English or Japanese translation must also be provided if the manga is written in the artist’s local language.

The Embassy of Japan also noted that only one work per applicant and only entries produced within the last three years (2014-2017) will be accepted. Both published and unpublished works may be submitted.

Entries will be accepted until June 16, participants must mail their applications to either of the following addresses:

Embassy of Japan in the Philippines

Winning participants will be invited to Japan to attend the awarding ceremony, which will be held in February 2018. During their stay in Japan they will also have the opportunity to exchange ideas with Japanese manga creators, visit publishing companies and make an excursion to local sites. IDL