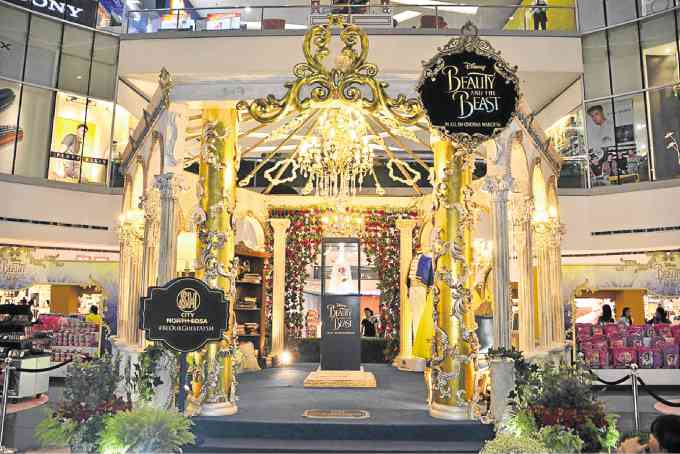 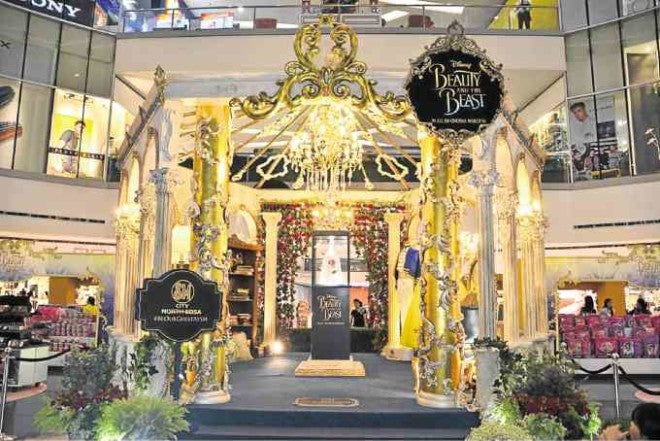 In line with the live-action adaptation of Disney’s animated classic “Beauty and the Beast,” SM has made a replica of the Beast’s Enchanted Castle at The Block Atrium of SM North Edsa in Quezon City.

Also on exhibit are the Beast’s Library, Belle’s favorite things such as the Enchanted Mirror, Lumière the Casanova of candelabras, Beast’s majordomo Cogsworth, and Mrs. Potts and her son Chip Potts.

Still others: Belle’s yellow ball dress, Beast’s blue suit and the clothes worn during the iconic ballroom scene of the original animated movie.

The Enchanted Rose is exhibited both at The Atrium and at the Skygarden, the latter as a magical 15-ft giant bloom.

Now showing at SM Cinemas nationwide, “Beauty and the Beast” is a cinematic event celebrating a most beloved fairy tale.

Directed by Bill Condon and written by Stephen Chbosky and Evan Spiliotopoulos, the film is inspired by Disney’s 1991 animated film of the same title.

Available at all SM Accessories Kids outlets are “Beauty and the Beast” merchandise such as drawstring backpacks and tote bags.

“Beauty and the Beast” dolls and enchanted playsets are available at Toy Kingdom Express outlets in SM Stores and Toy Kingdom Stores in most SM Supermalls.