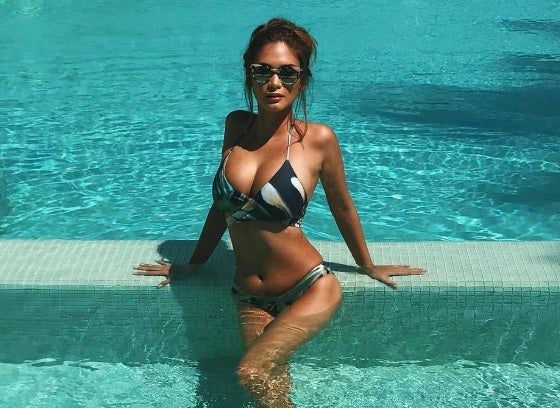 The summer has yet to officially start, but former Miss Universe Pia Alonzo Wurtzbach is already pumping up the heat with her bikini body photos and footage on the world-famous Boracay island.

Wurtzbach took to Instagram in the past few days to share photos of her in different swimwear.

She was with her boyfriend, Filipino-Swiss racer Marlon Stockinger.

Wurtzbach also posted a slow-motion video of her running from the waters to the shore, with the caption: “Running into the new week like. Cover for @explorephmag coming out this May.”

The Filipina beauty queen passed on her crown to Iris Mittenaere of France last January. She is set to appear as guest judge in the upcoming season of Asia’s Next Top Model this April.

Wurtzbach’s name also surfaced as a possible replacement for Angel Locsin in an upcoming “Darna” film, but she said ABS-CBN might have other plans for her. YG/CBB