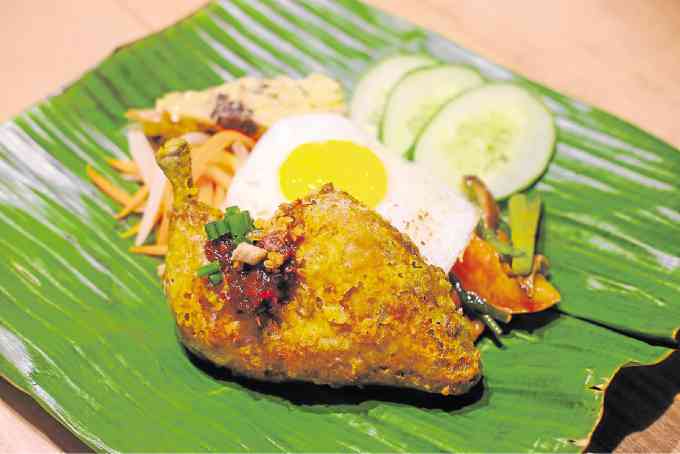 While it seems that almost everyone is now eschewing carbs for protein-rich meals, we remain a country of rice eaters. This was proven again at the opening of an Annam Noodle Bar branch in Resorts World Manila. (The first is in Eastwood.)

Branded in Singapore and in Jakarta, Indonesia, as Namnam Noodle Bar, the restaurant chain serves dishes “inspired by Old World recipes and cooking methods from northern, central and southern Vietnam.”

Pho or Vietnamese noodles and banh mi (sandwiches) make up most of the menu.

The Philippine branches, however, serve rice meals—an addition that the Singapore-based chef Nam was initially against. “At first they didn’t want to include plated meals consisting of viand and rice. But then Jakarta also wanted to expand their menu,” said restaurateur Raymund Magdaluyo, whose other food ventures include Red Crab and Sumo Sam.

Those who long for a satiety that only rice provides can choose from Crispy Fried Pork Chop with classic Vietnamese steamed egg meatloaf, Twice Cooked Australian Beef Brisket with Imperial Roll, Fried Fish Fillet in Tomato-Turmeric Sauce with Prawn Sugarcane, and Sautéed Pork Belly with Prawns and Fried Egg—all served with rice.

“We have also expanded the selection of banh mi to include Twice Cooked Australian Beef Brisket, Crispy Fried Turmeric Chicken, and Smoked Salmon with tofu and cream cheese,” Magdaluyo said.

He had the opportunity to try out the sandwiches in Singapore before they were launched in Manila, but had initial misgivings with the third option. “Salmon with tofu and cream cheese? It’s weird, but it works,” he said.

Nam was 7 years old when his family fled to Denmark during the fall of Vietnam in 1975. Far away from their native country, his parents raised him to honor Vietnamese traditions and culture.

His interest in food led him to work in award-winning restaurants and hotels, such as the Michelin-star Le Canard Oslo, and the prestigious Sukhothai Bangkok where he served as executive chef.

In 2012, after five years of planning and strategizing, he opened the first Namnam Noodle Bar in Singapore’s Raffles City Shopping Center. There are now four outlets in Singapore and four other locations in Jakarta.

The Philippines isn’t far behind, as Magdaluyo said he and his partners are readying to open their third branch at SM Megamall.