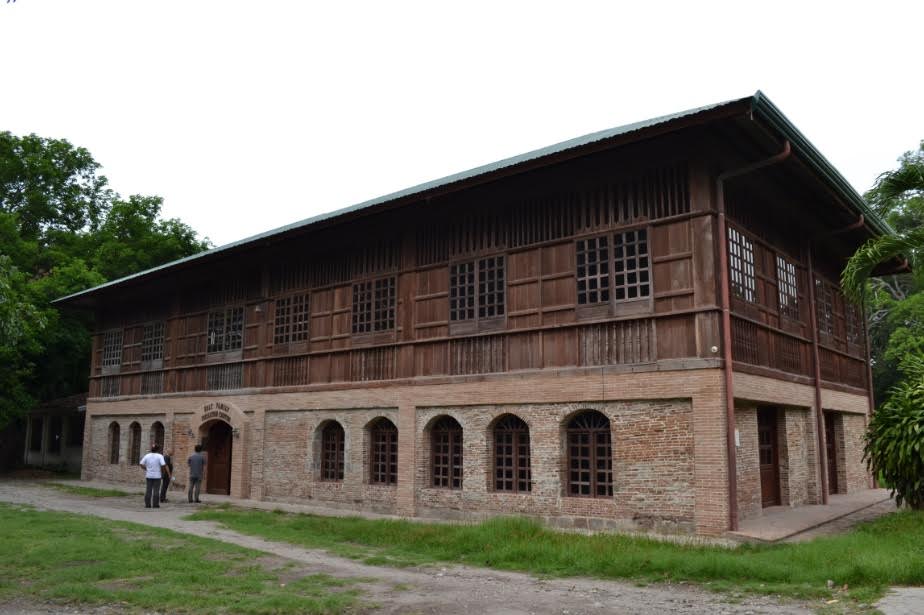 Aside from being an archaeologically significant town with the 1970s discoveries of Metal Age earthenware artifacts associated with ancient burial practices, the town of Bacong in Negros Oriental province hosts a number of heritage structures spanning both Spanish and American colonial periods.

The town named after the Visayan word “bacon,” meaning to rise up against Muslim slave-trading pirates (the world also comes from flora, such as bacon tree or bacon lilies), is also the birthplace of the revolutionary Pantaleon “Leon Kilat” Villegas, the hero of the Cebu uprising in 1898.

Heruela toured the group around the church, declared a National Cultural Treasure (NCT) by the National Museum, as well as Spanish-era and Gabaldon school buildings, which are still being used; the more than a century-old municipio; monuments of Kilat and Jose Rizal, both erected in 1926; and the Tindoc house, the only remaining Spanish-era bahay-na-bato in Bacong.

Heruela, a native of Malolos, Bulacan, has been in Negros Oriental for 20 years, and he is leading the cause of heritage conservation in the town established in 1837 with its separation from Dumaguete. But it was not until 1849 that Bacong became a parish, under the Recollect missionaries, with its titular Saint Augustine of Hippo.

Located on the national highway not far from the church complex is the Tindoc house, built in 1874.

This house has a mamposteria (rubblework) ground floor, large wooden posts, thick wooden floors, and amakan (interwoven thin bamboo slats) ceiling typical of that area as seen on a number of heritage buildings.

An interesting feature of the Tindoc house is a portion of its wall on the second level. The wall has pieces of stacked bamboo slats that when interlaced and applied with palitada of lime and mortar, becomes a tabique pampango walling.

The church of Bacong is not only the best preserved among the churches of Negros Oriental; it is also host to a number of rare features and architectural elements.

First, the church and its convento are partly made of bricks, a deviation from the normal construction material in the province which is coral stone.

Second, portions of its coral stone walls, particularly the belfry, have a number of L-shape masonry work, a rarity among Philippine churches, said Jose, who added the caracol-type stairs of the belfry is also unique.

Inside the church, some of the more distinctive features are the restored 1834 pipe organ of the Constructores Roques Hermanos of Zaragoza in Spain, which Jose said is the only functioning Roques in the country, and the tapayan, an original feature of the church where the chalices and the likes used to be washed.

Lazi in the neighboring province of Siquijor also used to have a tapayan, but according to Heruela, it is already gone.

At the old convent, rare church and architectural elements include the alijibe (cistern) with stone water purifier and the rounded brick drain, one of a few of its kind that has survived.

The convent was built in 1849, restored in 2003, and is now the Holy Family Formation Center.

Meanwhile, the new convent houses old canonical books and 19th-century santo, which, according to Galang, upon inspection of church records, had come from Manila, most probably from the then woodcarving district of Santa Cruz.

An old painting depicting Fr. Leandro Arrue Agudo, parish priest from 1864 to 1868 and later bishop of Jaro, is also displayed at the new convent.

Heruela told the Inquirer that the heritage advocacy of the local government is strong. He said that there are plans to establish museums for the school, church, and local government.

“We would like the people of Bacong to have awareness on the importance of their heritage,” Msgr. Heruela said. —CONTRIBUTOR