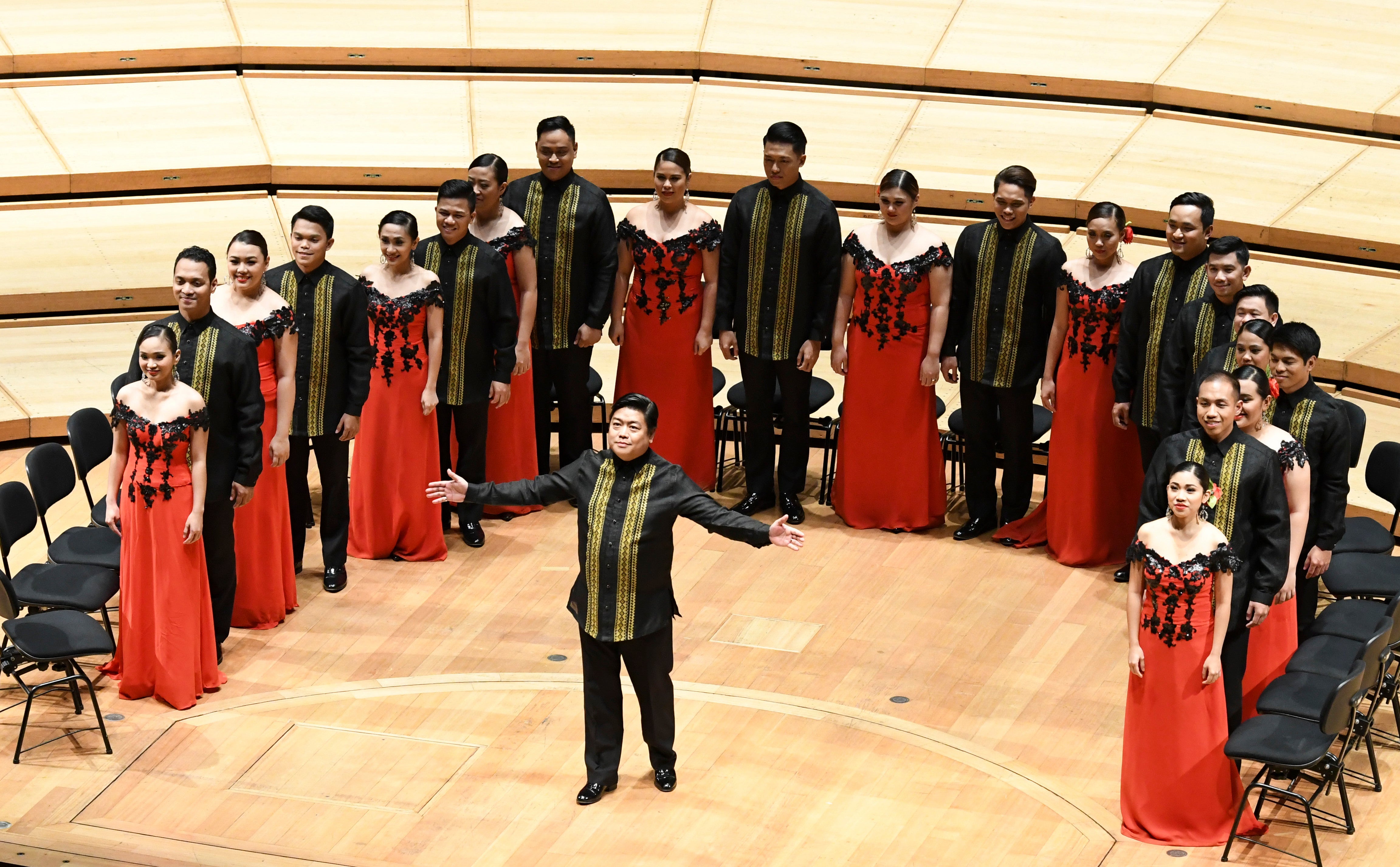 It will be a night of fine music as the world-renowned choral group, the Philippine Madrigal Singers, performs at the Philippine Daily Inquirer headquarters on April 3 at 7:00 PM.

The Philippine Madrigal Singers will share their music to a bigger audience through the Inquirer’s web and social platforms.

The group, also known as the Madz, was founded by National Artist for Music Andrea Venaracion in 1963 at the University of the Philippines in Quezon City.

The Madz is considered one of the world’s best for being the first to win the prestigious European Grand Prix (EGP) for Choral Singing twice in 1997 and 2007.

Under the leadership of its present choirmaster, Mark Anthony Carpio, the group will vie for its third EGP for Choral Singing, after bagging the Grand Prix at the 64th Concurso Internazionale di Guido dí Arezzo held in August 2016 in Arezzo, Italy.

For more than 50 years, the Madz has touched the lives of those who listen to their performances the world over. Because of this, the group was designated UNESCO Artists for Peace in 2009 for “putting their fame and influence to promote cultural diversity, intercultural dialogue and a culture of peace.”

“The most beautiful sound on earth” was how a juror described their music after listening to their virtuoso performance at an international competition.

Today, the Madz is actively promoting and uplifting the local choral music scene as part of their vision of creating a “Singing Philippines.” The choir extends its influence through its singers who form and develop choirs, conductors and singers around the world.

The Madz sings sitting down in a semi-circle without a conductor. The choir believes that the other half of the circle is their audience, whom they also invite to sing with them in their performances.

The Inquirer readers will be the other half of the circle on April 3 as the Madz delivers a rousing performance online. 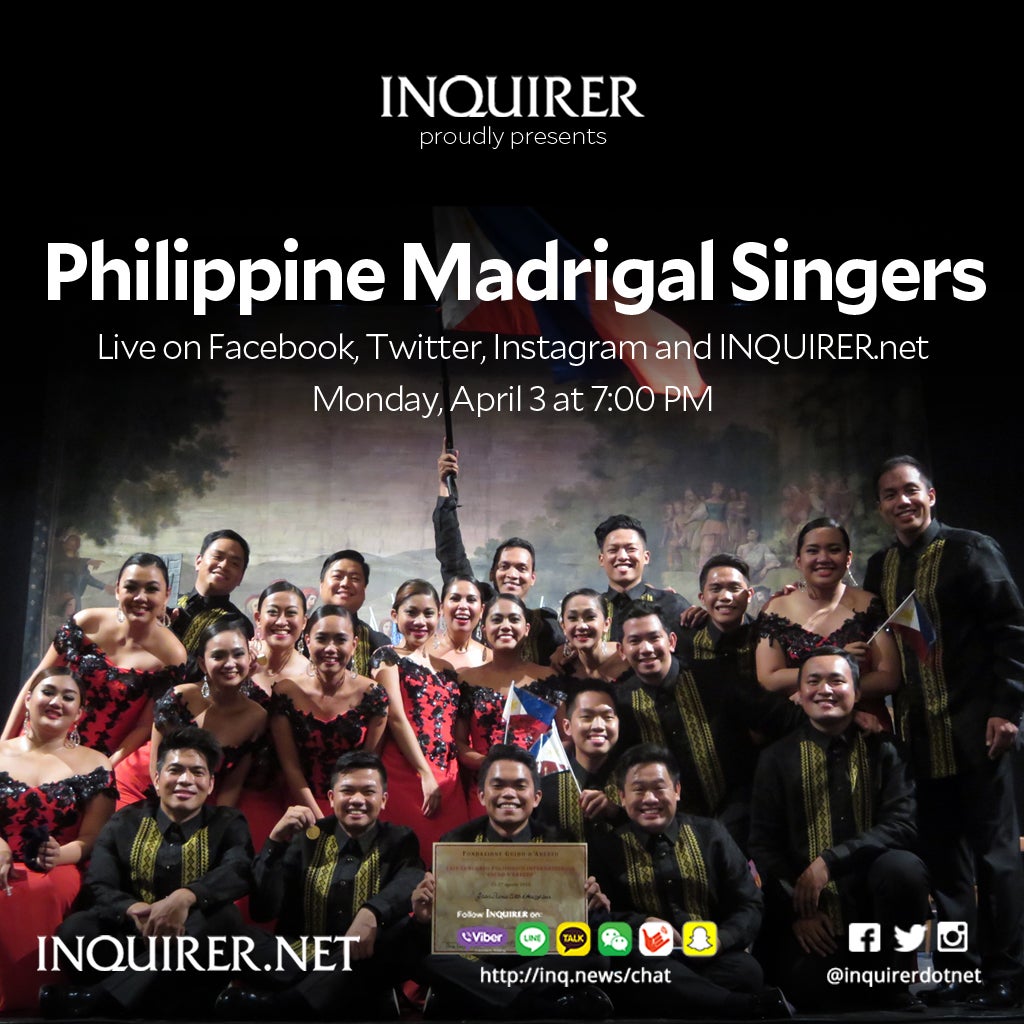 NOTE: This performance is open to the public through the Inquirer social media platforms. Catch the Philippine Madrigal Singers live on INQUIRER.net  Facebook, Twitter, and Instagram.

WATCH: The Philippine Madrigal Singers perform after arriving at the NAIA Terminal 3 at around 5 pm. They brought home the grand prize for the International Choral Competition in Arezzo, Italy held last August 27.