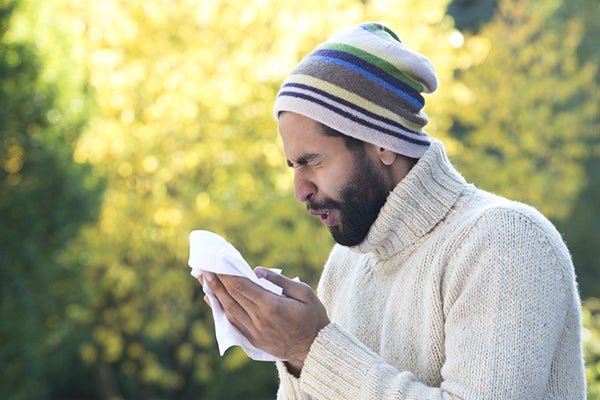 Two new studies suggest how to treat your cold symptoms

New research from Finland and the United States has found two possible ways to feel better while suffering from a cold and reduce its duration.

The first study, carried out by Rice University in the U.S., found that those who feel lonely report more severe cold symptoms than those with a good social network.

Published in the journal Health Psychology, the study recruited 159 people and assessed participants’ perceived loneliness and their social network size and diversity.

Subjects were then given cold-inducing nasal drops and quarantined for five days in hotel rooms to isolate them.

The results showed those who felt lonely were no more likely to get a cold than those who weren’t. However, from the participants who became infected, as not all did, those whose perceived loneliness reported more severe cold symptoms, with the size of the participants’ social networks appearing to have no impact on how sick they felt.

“This paper is about the quality of your relationships, not the quantity,” commented study author Angie LeRoy. “You can be in a crowded room and feel lonely. That perception is what seems to be important when it comes to these cold symptoms.”

The team believe that the findings are a good incentive for people to try and be more socially active, with LeRoy adding, “If you build those networks, consistently working on them and your relationships, when you do fall ill, it may not feel so bad.”

In the second study, published in the journal Nutrients, Dr. Harri Hemilä from the University of Helsinki, Finland, analyzed the findings of two randomized trials which investigated the effects of two vitamin C doses on the duration of the common cold.

In the second trial, two groups were given either 4 grams per day or 8 grams per day of vitamin C and a third group a placebo, but only on the first day of the cold.

Although Dr. Hemilä acknowledged that further research should be carried out, she did conclude that “given the consistent effect of vitamin C on the duration of colds, and its safety and low cost, it would be worthwhile for individual common cold patients to test whether therapeutic 8 grams per day vitamin C is beneficial for them. Self-dosing of vitamin C must be started as soon as possible after the onset of common cold symptoms to be most effective.” JB