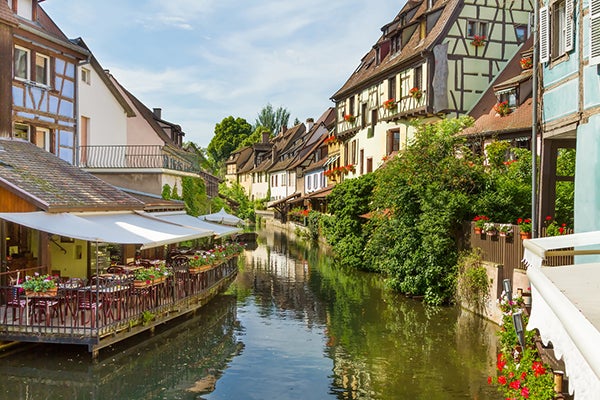 From chocolate egg hunts to Easter farmer’s markets, Europe offers picture postcard perfect destinations that explode in a kaleidoscope of colors during the annual miracle that is spring.

For travelers looking for a long weekend getaway that showcases the best of spring, Brussels-based outfit European Best Destinations, which works to promote culture and tourism on the continent, has released a list of the best destinations for Easter in Europe.

Here’s a look at some of their suggestions:

With its pastel-colored, half-timbered houses and flower baskets, the town of Colmar in the Alsace region of France springs to life during Easter. From the last week of March to mid-April, the town sets up two major Easter markets featuring 70 exhibitors including local Alsatian winemakers. Most recently, the region’s picturesque setting is also said to have served as inspiration for the live-action version of “Beauty and the Beast” with Emma Watson.

Music lovers will want to bookmark the Austrian capital for Easter weekend, when the strains of Mozart grow louder at open-air concerts or at the Golden Hall of the Muzikverein. The Easter market in front of Schonbrunn Palace is considered to be the most romantic, thanks to its dramatic setting. More than 60 exhibitors are on hand to offer Easter-inspired treats, handicrafts, an Easter bunny workshop and egg hunts.

This year, the Royal Botanic Garden Edinburgh has created a new trail to challenge regular and first-time visitors in its annual Easter hunt. This year, participants must help the Botanics Bunny hunt down some of the secret ingredients to complete the recipe for his latest chocolate bar. At the Edinburgh Castle, families can watch an Easter puppet show, while the Palace of Holyroodhouse will be hosting a bejeweled Easter egg hunt, with Faberge eggs.

In Prague, visitors will be able to participate in a guided Easter walk and learn about special Easter traditions including local specialties eaten during the holiday. The Easter marketplace at the Old Town Square will feature decorations, folk music, and locally made arts and crafts.

Though not a household name outside Germany, the seaside city of Rostock is popular among locals for its colorful façade and Easter activities including an annual Easter bonfire that sets the skies alight on the beach. The Easter Market also features 80 stalls selling treats and craftwork. JB

‘Justin Trudeau effect’ drove up tourism to Canada in 2016