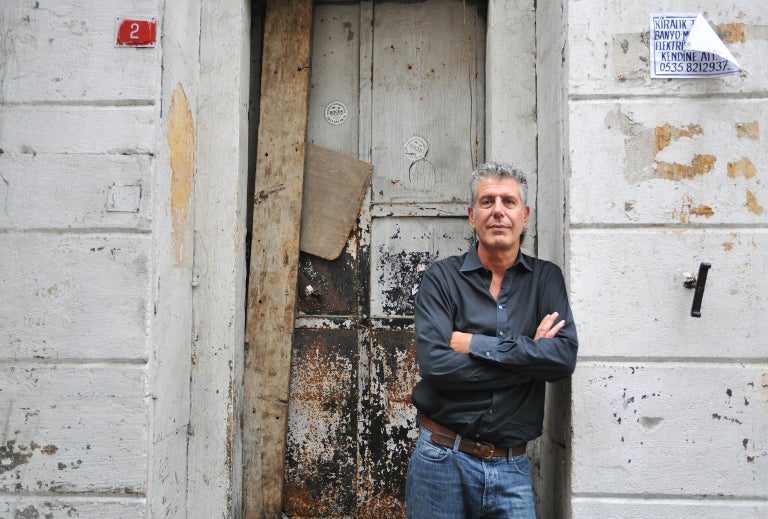 Globetrotting chef, writer and TV host Anthony Bourdain has launched a new digital travel guide for his “super fans” who are hungry for more of his influential insight, sharp, sometimes blistering, commentary and travel recommendations.

At Explorepartsunknown.com, Bourdain has created a one-stop portal for his growing media empire that combines his CNN travel series “Parts Unknown” and the e-magazine “Roads & Kingdoms”, for which Bourdain serves as editor-at-large and an investor.

Visitors are invited behind-the-scenes via Bourdain’s “field notes,” where the writer pulls back the curtain on how episodes are filmed and how the team comes up with editorial decisions.

On his field note for Rome, for instance, Bourdain calls the episode the most ambitious and most beautiful show his crew has ever filmed.

Shot entirely in wide screen, letterbox anamorphic format, the episode eschews cliches and purposely stays away from classical Roman architecture to feature exclusively Mussolini and post-Mussolini Rome—or what he calls the “brutalist,” “futurist” and “rationalist” version of the city.

On the show’s Instagram page, Bourdain said the new travel guide will feature complementary content that dives deeper into the locations visited.

“One of the things that I try to do with ‘Parts Unknown’ is to show how other people live, to hopefully encourage them to go out and look at the world, to walk in someone else’s shoes for awhile,” he wrote.

“To that end, we’re launching a new digital experience to complement the show: ‘Explore Parts Unknown.’ This space gives us the opportunity to dive deeper into locations that we’ve visited—we’re going to be launching original content around every PU episode, both past and future-allowing me to do more of what I do: tell stories. If this inspires people to follow their curiosity around the world, and get their passports renewed, then we’ve done our job.”

Visitors to the page can look up destinations by geography or by categories like ‘Eat, Drink, Know and Go.’

Feature stories are sourced from “Roads and Kingdoms” and include everything from “an ode of offal” in Rome, to a piece on America’s best Chinese food in Los Angeles written by travel writers around the world. JB

Sweden hotel offers refund, only if you divorce