Don’t go off your meds—trust me, I learned the hard way | Lifestyle.INQ ❮ ❯ 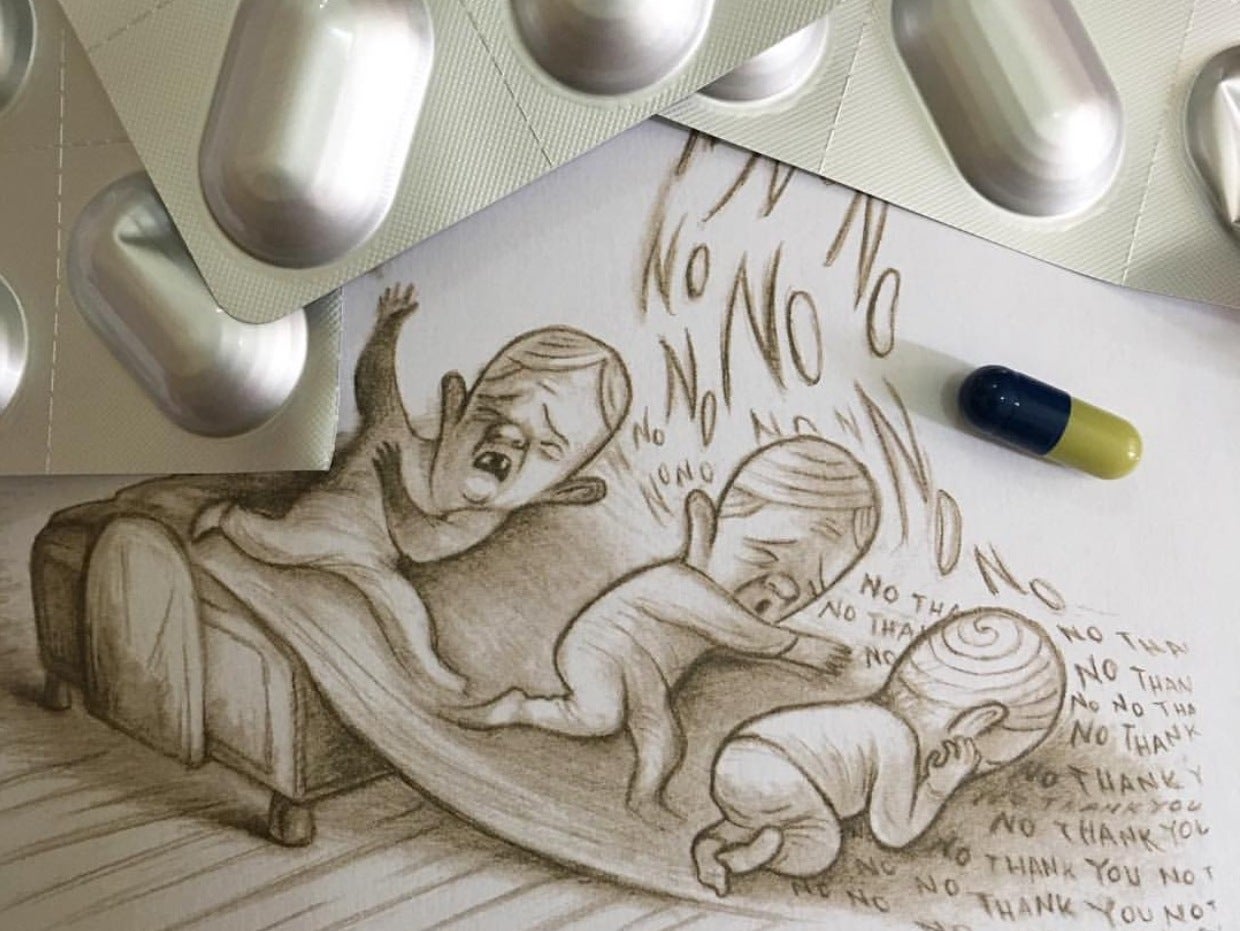 Don’t go off your meds—trust me, I learned the hard way

“Doc, I have a confession,” I told my psychiatrist on a September afternoon.

“You stopped taking your meds?” she asked.

Nine months before that, just before Christmas, Dr. D had diagnosed me with clinical depression and anxiety disorder and prescribed a daily dose of 60 mg of Cymbalta, an antidepressant, and ¼ of a 2-mg tablet of Rivotril, an antiseizure sedative used to treat anxiety.

I did not plan on being a pill popper. In fact, my plan was to resist taking medication because I was worried that they would change me and the way my mind worked, that they would make me incapable of writing.

But when my doctor explained what the medicines could do for me, I didn’t even argue.

“I just want to make sure they won’t affect my work,” I told her.

I rode the waves of the initial side effects (nausea, dry mouth, constipation, restlessness, sleepiness, fatigue, loss of appetite, bruising), most of which disappeared after a few weeks. Soon I reaped the benefits of being on medication.

I started to feel better, except for one thing: the Rivotril made me really, really sleepy. And taking it at night didn’t help either; I often ended up drowsy well into the next day. When I complained about it to my doctor, she lowered my dose to 1/8 of the already tiny tablet.

But it still made me really drowsy, so drowsy I could barely function on some days. Soon, I stopped taking Rivotril. I told Dr. D and she asked, “But you’re able to sleep?”

“Yes,” I told her. And I wasn’t experiencing any panic attacks, either.

We agreed that I could stop taking Rivotril, keeping it on hand just in case I really needed it, and that I would continue to take 60 mg of Cymbalta, which was the maximum dose.

Here’s the thing—Cymbalta isn’t exactly cheap. Each capsule costs around P130, which doesn’t sound like a lot until you realize that you have to take it every day for the foreseeable future (seriously, I don’t understand why mental illness isn’t covered by health care providers—but that deserves its own story).

One day, Dr. D said, “I wanted to tell you about a new drug. It’s a lot cheaper than Cymbalta.”

Psynil had the same generic name as Cymbalta—Duloxetine—but at a fraction of the price. A lot of Dr. D’s patients had already made the switch, she said. But I resisted, worrying that it would cause a different set of side effects.

But months later, I decided to give it a try. I soon realized that Psynil made me a lot drowsier than Cymbalta did. And so in September, I found myself in my doctor’s office, making my confession.

“No, I didn’t stop taking it but I  take it only every other day because I don’t like how sleepy it makes me.”

I was. And so she decided to lower my dose to 40 mg of Psynil three months earlier than we had planned to discuss tapering my medication.

I went straight to the drug store and when it didn’t have stocks of the 40-mg capsules of Psynil, I decided to stop taking my antidepressant altogether without consulting my doctor.

I never liked being dependent on antidepressants. Before depression, the only medicine I used to take was Advil for period pain. Besides, I was feeling great, I reasoned with myself. Happy. I felt like myself again. I didn’t need the meds anymore.

I didn’t know it then but there’s a name for what I did—non-compliance.
“Non-adherence to depression treatment is a common clinical problem globally,” wrote Sohini Banerjee and Ravi Prasad Varma in their study about unipolar depression in India.
And it’s true. Research from around the world—from Thailand to the US—shows that many patients stop taking their medication long before they’re supposed to. In many cases, they stop before the medicines even have a chance to take effect.

Long before my own struggle with mental illness, every time I heard about a person who was supposed to be on meds but who stopped—and often we hear about these people because they were involved in tragedies—I would ask, “Why? Why would they stop? It makes no sense.” And yet I did it too.

Really, what’s so hard about taking a pill? You’re probably wondering. “Why do patients prematurely discontinue antidepressants, medications that may improve and perhaps even save their lives?” asked Matthew S. Keene in “Conclusion and Complaints: The True Cost of Noncompliance in Antidepressant Therapy.”

There are many reasons: negative side effects, delayed improvements, fear of dependence, the cost, the stigma, especially when patients are shamed for taking meds. Then there are people like me who think they’re okay, that because they’re feeling better, they no longer need the pills.

“The reason you were feeling better was because the meds were working,” Dr. D told me, not unkindly.

Two months after I stopped taking my antidepressant, I started feeling strange, really strange. The first time depression hit me, I felt hollow and numb. This time, I was overwhelmed with emotions. I spent an entire trip to the supermarket trying not to cry. It was a relapse, I was sure of it. I needed help. Fast. I scheduled an emergency session with Dr. D.

I found myself exactly where I was a year before, just before Christmas, crying in my psychiatrist’s clinic, being prescribed Cymbalta—the maximum dose of 60 mg.

Always reassuring, she said, “At least we know that the medicine works. And it will work again.”

But first I had to deal with the side effects. I moaned and whined and sometimes cried about having to go back on meds and the side effects, but I was lucky to find support—in my doctor, my friends, the guy I’m dating.
He listened, held me and talked me through the weeks of nausea, decreased appetite, xerostomia, fatigue, and, this time, insomnia. “Take it with joy,” he said one night, snapping me out of my one-person pity party. “Think of it as your multivitamin.”

He was right. I had no reason to complain. I still am lucky, despite the pill popping. I have a solid support system, a great doctor and medication that works for me.

I’ve been back on Cymbalta for around four months now and I am feeling a lot better. The medicine still makes me drowsy on some days, but I am learning to deal with the side effects because the benefits outweigh them.

Lesson learned. I’m never stopping my medication again. And when the time comes that I’m ready to go off them—and I am hopeful that that time will come—I will do it the right way: by working closely with my psychiatrist.