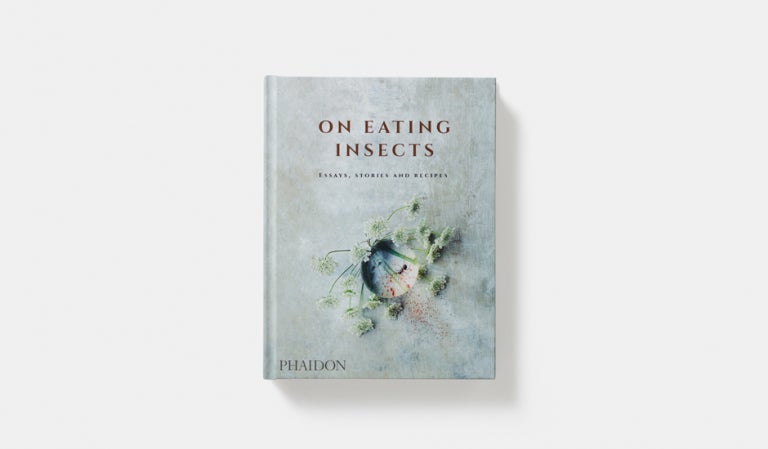 A new cookbook offers tips on how to cook insects at home, with detailed tasting notes on which creepy crawlers to use for different flavors.

For years, the United Nations has been trying to wean Westerners off meat consumption and onto the more sustainable, healthier, protein-rich diet of beetles, caterpillars and wasps.

It’s a message that was received loud and clear among food scientists at the Nordic Food Lab in Copenhagen which penned a book about the subject called “On Eating Insects”.

The Nordic Food Lab is an experimental laboratory started by Noma chef Rene Redzepi and his partner Claus Meyer.

Published by Phaidon, the book features essays, stories and recipes in the ambitious aim of challenging Western palates which have long been squeamish about the notion of eating winged, hard-shelled and antennaed critters.

While a few innovative chefs like Redzepi, and Alex Atala of D.O.M. in Sao Paulo, Brazil have been putting insects on their avant-garde menus, insects have yet to become a mainstream, household item with the exception of a few regions.

Dutch supermarket chain Jumbo, for instance, sells a line of insect-based burgers and chips, and recently, a French pastamaker launched ground insects into his dried pasta at his Pasta Workshop in the northeastern town of Thiefosse.

“The concept of eating insects has taken off in recent years in the West,” reads the publisher’s synopsis. “Yet little has been written about how they taste, how diverse they are as ingredients, and how to prepare them as food. ‘On Eating Insects’ is the first book to take a holistic look at the subject, presenting essays on the cultural, political, and ecological significance of eating insects, alongside stories from the field, tasting notes, and recipes by the Nordic Food Lab.”

The book was co-written by Josh Evans, Roberto Flore and Michael Bom Fost.

New to the art of eating insects? Evans offers a particularly sensory description of his experience chewing on larva.

“I peeled off a section of comb and, with a finger, gently brushed out a plump, white larva, and put it in my mouth,” he writes. “Its skin burst delicately on the tongue. It was smooth and fatty, with faint flavors of honeydew melon, raw hazelnuts, avocado. A slight sweetness, and lingering savories. The texture was bewildering: it had a kind of luxury. I ate another, slowly, as the sun’s light and heat bled through my closed eyelids”.