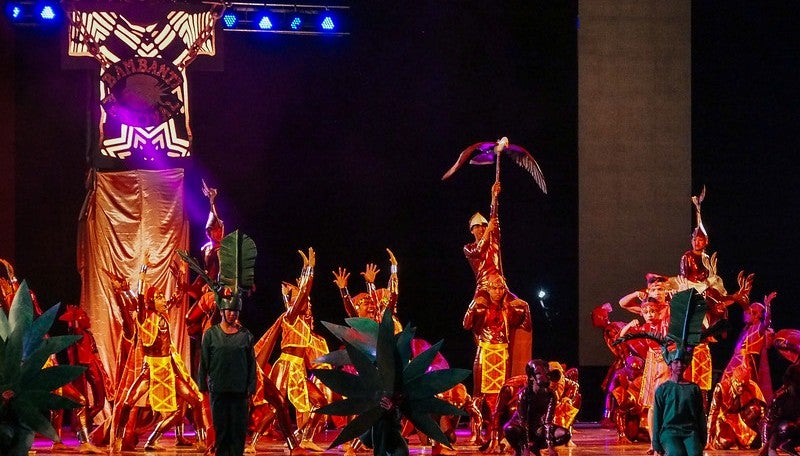 The most visually arresting festival street dance celebrations will compete in Aliwan Fiesta 2017 on April 20-22, at the Cultural Center of the Philippines Complex in Pasay City.

Now on its 15th year, Aliwan Fiesta is a festival street dance competition.

While most of the dances are based on folkloric rituals handed down from generation to generation, the street dances are modern-day interpretations.

Participating in Aliwan Fiesta 2017 are Panagbenga of Baguio, Balitok ti Alicia and Bambanti of Isabela, Bulak of San Ildefonso, Halamanan of Guiguinto, Desposorio of Hagonoy, Banhayan of Muntinlupa, Maytime Festival of Antipolo, Niyogyugan and Boling-Boling of Quezon, Sikhayan of Laguna, Dinagyang and Paraw Regatta of Iloilo, Manggahan of Guimaras, Cinco de Noviembre of Bago City, Masskara of Bacolod, Hinulawan, Karansa, and Sinulog of Cebu, Manaragat of Catbalogan, Sangyaw of Tacloban, Timpuyog of Sarangani, Tuna festival of General Santos City, Hermosa and Pescao festivals of Zamboanga, Kalivungan and Halad of North Cotabato, and Meguyaya of Upi, Inaul of Datu Piang, Padang-Padang of Parang, and Sultan Kudarat festival of the Autonomous Region of Muslim Mindanao.

Aliwan Fiesta 2017 will feature a Shoppers Bazaar along Sotto Street on April 20. Manila Broadcasting Corporation will hold the Tugtog ng Aliwan Rhythm Competition on the same day. The Search for Reyna ng Aliwan Pageant Night will be held on April 21.

Grand Parade and Festival Dance Showdown starts at the Quirino Grandstand at 4 p.m. on April 22. It will traverse along Roxas Boulevard and end at CCP Complex.