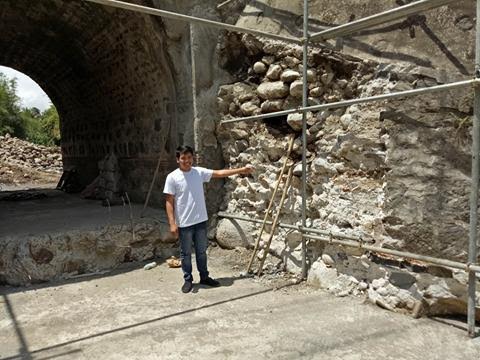 The Department of Public Works and Highways (DPWH) has stopped the controversial road construction project around Puente de Gibanga and Puente de Princesa in Tayabas, Quezon, pending submission of its plans to the National Commission for Culture and the Arts (NCCA) on how best to conserve the Spanish-era bridges.

Both bridges, with nine other Spanish colonial bridges in the city, were collectively declared National Cultural Treasure by the National Museum (NM) in 2011.

NM has earlier protested the DPWH project as a “clear violation” of the National Heritage Law of 2009 after the construction damaged parts of the bridges.

The temporary halt was part of the agreement among DPWH Region IV-A, NCCA and NM.

In the accord, DPWH committed to stop the construction pending submission of plans on both bridges by DPWH for review and approval of NCCA.

Also in the agreement, NCCA will also provide DPWH Region IV-A office the list of historically significant bridges in the area to avoid similar incidents that affected the Tayabas bridges.

NM director Jeremy Barns told the Inquirer that his agency did not issue a cease-and-desist order (CDO) on the project as requested by the Tayabas local government, enraging Quezon folk. He explained it was “working directly with (Public Works) Secretary (Mark Villar) to collaborate on this.”

“NM will not serve CDOs on other government agencies without first dialoguing (with them) and trying to work as a team,” he said.

“The DPWH under Secretary Villar has given strong assurances that all laws and issuances should be, and will be, respected, including those concerning preservation of heritage structures, and the NM will proceed on that basis. 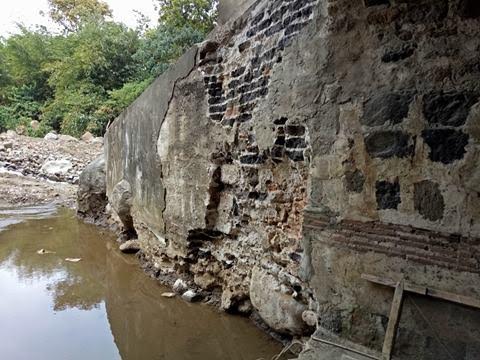 “Nothing productive will come from being confrontational,” he declared. “(We would rather be) collaborative.”

Tayabas has the highest number of best preserved Spanish-era bridges—a dozen over all.

These bridges connected Tayabas with neighboring towns during the Spanish era when it was a virtual capital and the main passageway to Manila via Laguna.—CONTRIBUTED