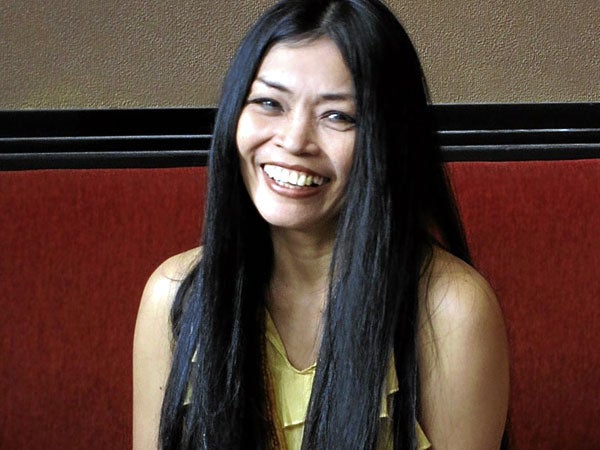 Grace Nono: A journey to reclaim her voice

“I am happy to have this compilation of the rich oral tradition of different ethnic cultures, especially the contribution of Princess Sindao Banisil to this collection of Grace Nono.” – Lucresia Kasilag, National Artist for Music

Grace Nono and I hadn’t gotten together in over a decade, so the chance to meet again in New York City – one of the world’s greatest centers for music and the performing arts – seemed most appropriate.

I had met Grace Nono thrice before. Once at Lincoln Center, another time at Teatro Pregones, a small theater just steps away from New York’s Yankee Stadium in the Bronx, and finally in one of the best pizzerias  on the Upper West Side, Patsy’s Pizza.  Every conversation was always better than the last.

Now, here we were again. Grace in New York, the modern Filipina singer who transformed herself from the folk-rocker of Baguio during her college days, to Filipino World Beat with Sammy Asuncion and Pinikpikan in the ’90s, to a woman who went inside her soul to find her real voice. That voice which is of her province and country, before the foreign cultural invasion by so many that infused musical values not our own.

It’s almost humbling to witness how truly committed Grace is to the mission of finding “her” voice, sacrificing marketing and money to leave a legacy and history of our true musical heritage. Grace talks of those whose voices and oral history has been stolen:  The Philippine-American War era till the end of WWII; the American Indians in all regions of America, and our political parallel with Puerto Rico who’ve never won freedom and remain an American Commonwealth.

But why take a degree in ethnomusicology (defined as the study of social and cultural aspects of music and dance in local and global contexts) at NYU in New York?

Grace explains: “NYU is less inclined to imposing colonial values and is open to exploration of other ways to understand music.”

The singer is drawn to the academe because she grew up in a family of teachers – it’s in her blood. She is from South Agusan, Mindanao, and her academic trail has gone from Humanities at UP Baguio to a Masters in Philippine Studies. She has taught at UP and recalls, “I was teaching at UP for a while, teaching what I sing.  What I write is what I sing.”

But Grace is not, nor ever has been, the type to just sit and research and read. Any gig she does helps her spirit soar, whether in Baguio or in New York.

Even as she was immersed in her music studies, Grace joined a group of independent performance artists and worked with them at Lincoln Center’s Free Out Of Doors performances. This is a long standing festival of music and the spoken word – five hours of free music and dance – held every summer. One day last August, when they heard that Grace was in town, the group invited her to join the party.

The show moved on to the Bronx the next day for a repeat of the five-hour performance in a small indoor auditorium, Teatro Pregones. The environment was a more personal and private experience, with the audience able to concentrate on the show’s content and not on the movement of the crowd. The same running time, yet the poetry and spoken word needed exactly those quiet theater acoustics. Grace’s narration had the crowd mesmerized.

No Filipino could ask for more in showing what can really be transmitted worldwide in terms of culture and history.

Grace performed orations and narrations from her book, “The Shared Voice,” which are chanted and spoken narratives from the Philippines. The crowd was hypnotized by her voice. She was accompanied by a drone, a harmonic effect where a note or chord is continuously sounded throughout the performance.  She would pause to translate into English what has just been chanted to the audience. It gave her voice a ground level perspective in a language that sounded way out there.

It was genius. The crowd loved her. And the two countries – Puerto Rico and the Philippines – that were most affected by the Spanish-American War came together in song and verse.

After our summer Lincoln Center conversations, Grace Nono and   Bob Aves took off for the Czech Republic and Slovakia with a multi-national drum ensemble, plus Bob  on amplified Philippine Octavina (a wooden guitar-shaped instrument introduced to the country in the 16th-19th century by Spain). Our evolved version still has 14 strings and is tuned similar to a banduria, but one octave lower.

Grace Nono used her voice as a percussion for chants, orations and narrations in both large enclaves and dance clubs.  It was a road trip like no other – from New York to Prague, Czech Republic.

But this is also about Grace and her artistic commitment to both writing a 250-page book “The Shared Voice,” recorded and written over the decades. From rock to world music rock (Pinikpikan) and now into a genre she created.

“I love to balance academic work, simple chants and simple prayers with minimal background,” Grace says of the book. “We grew up influenced by Western colonization, and this is my journey around it that is still a work in progress.  I travelled throughout my native South Agusan and to the Cordilleras and recorded the elders and villagers. The recordings had to go through dozens of translations that I could never have imagined.”

But the book and her studies aren’t about to tear her away from her music, she adds. “I will never give up my performance as long as I am standing.  The book was a change, a relief from the stage.”

Her pursuit of a Master’s and a Ph.D is still part of her journey in search of identify, says Grace. “[The journey] involves looking for my voice and it’s not necessarily in New York where I might find it.  It is anywhere. ‘The Shared Voice,’ this Ph.D, will make sense of my work in reclaiming the voices no longer or seldom heard.”