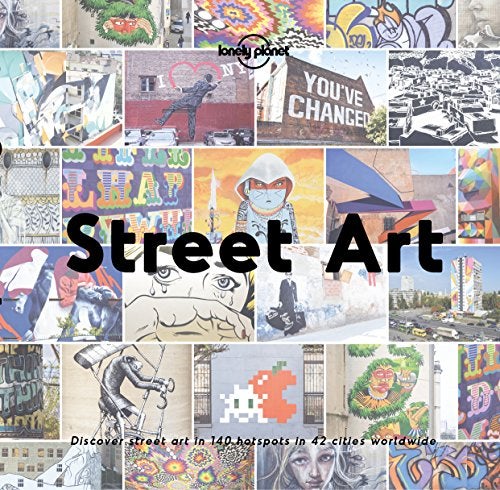 From Banksy’s stencils to the Invader’s mosaics, a new travel guide has mapped out the best examples of street art around the world.

Lovers of street art will be interested in the release of Lonely Planet’s new “Street Art” book, which covers 140 hotspots for tagging in 42 cities around the world, from London to Melbourne, Montreal and San Francisco.

Along with destinations, the guide also features profiles of key artists, festivals and locations, said Ed Bartlett, who compiled the works and wrote the introduction to the book.

Bartlett is an independent curator and founder of The Future Tense, an arts initiative which puts on shows and exhibits and is known for discovering new talent.

“This book is intended as a starting point to your journey, highlighting a selection of some of the key cities around the world to experience street art today, and providing guides to each city’s street-art hotspots to enable you to explore further,” he said in a statement. “We’ve also included insights from some of its most important figures.”

To get a sense of London’s urban landscape through the lens of the city’s street artists, readers are advised to start in the ultra-trendy area of Shoreditch and neighboring Brick Lane and Hackney areas, where they’ll stumble across tagged walls beside posh members’-only private clubs, Michelin-starred restaurants and high-end boutiques.

In Los Angeles, Belgian artist ROA put his stamp on the city with his tags of giant animals that stretch several blocks along Imperial Street, while Melbourne hosts artists like Rone, DabsMyla and Kaff-eine.

Saigon is one beautiful canvas