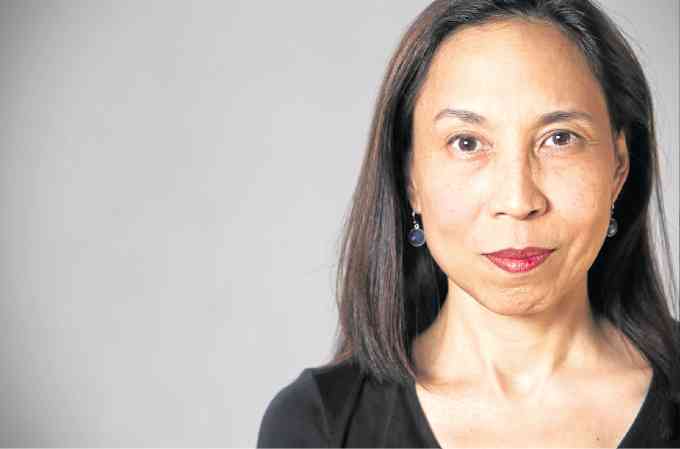 Tami Monsod is playing Vivian Bearing in Twin Bill Theater’s ongoing production of Margaret Edson’s “Wit,” a play about a university professor’s assessment of her relationships, or lack thereof, as she faces imminent death.

Previously adapted into a made-for-TV movie starring Emma Thompson, the one act-play won a Pulitzer Prize in 1999. Twin Bill’s production is directed by Steven Conde, who also helmed “My Name is Asher Lev” and “Once Upon a Mattress” this year.

Similar to her character, Monsod also teaches (theater to high school students at International School Manila) and has a master’s degree.

The lure of theater came from “wanting to see stories happen in real time,” she says. “I love stories.

“As an adolescent, I was first drawn to ‘story staging’ while watching the eccentric Behn Cervantes direct my mother at the University of the Philippines.”

But way before that, as a child, she refused to eat dinner unless her maternal grandmother came up with a story on the spot.

“Due to her improv skills, I didn’t starve,” she recalls. “I also learned from my father who used marvelous, merciless mimicry in his dinner jokes. He could tell a story about a cockroach and make it so tragic we’d cry.”

Though she took an acting class in college after avoiding acting in high school, she went on to work as an Economics and Spanish teacher.

But theater kept inserting itself back into her life; she was recruited to direct theater artists Joonee Gamboa and Roy Alvarez (“I saw them take badly written text that they edited as they acted, massaging it this way and that, until the wonderful story underneath pulsed to life”) and spent years of writing and staging shows for her parish church “as a hobby.”

Her teaching colleagues noticed her bent, and encouraged her to teach theater.

“Realizing I was in it for the long haul, I took a master’s at UP for formal grounding,” she says. “At UP, I saw a notice for auditions and stumbled into acting.”

It wasn’t easy in the beginning. She recalls rehearsing a Shakespeare play, and “our director, the brilliant Jonas Sebastian, was exasperated at my imprecise use of the iambic pentameter. I was slow at getting it. He said to me, in front of the cast, that a co-actor who was my former student was ‘much better’ at it than I was.

“I could hear my ego cracking in the ensuing quiet.”

She resolved to work harder. “I learned very fast after that. When the play opened, Jonas singled me out in his Director’s Notes in the souvenir program, praising me. I was floored.

“That relationship was an unforgettable lesson and an honor. He passed away recently. Now I wish I had praised him, too.”

Monsod is a 2014 Philstage Gawad Buhay recipient for her work in Repertory Philippines’ “August: Osage County.” And while she’s acted for groups such as Dulaang UP, Actor’s Actors Inc. and New Voice Company, teaching theater has always been constant.

“I’ve taught theater ever since. I’ve had many, many students I now count as dear friends. My students are my inspiration.”