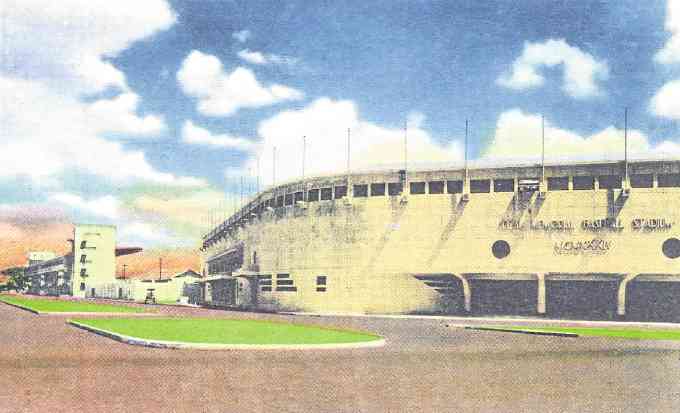 The twin declarations were revealed last week amid calls by heritage groups on cultural agencies to stop Manila Mayor Joseph Estrada from demolishing RMSC to pave the way for mall development by a private group.

Although the NMP order was issued last December, its announcement came together with the NHCP declaration as NMP said it had to wait for the acceptance letter from the Philippine Sports Commission (PSC), which holds office at and manages RMSC. PSC received the letter on April 3.

In the PSC letter signed by chair William Ramirez and addressed to NMP director Jeremy Barns, PSC accepted the ICP declaration and expressed its commitment for the protection, preservation and conservation of “these historical structures considered as cultural heritage which will serve as inspiration and pride of joy of today’s Filipino youth and the future generation. ”

NHCP underscored Rizal Memorial’s significance in its March 27, 2017, declaration. It said the Art Deco structure was one of the few and one of the biggest remaining in Asia. It added the building had been designed by the great architect Juan Arellano, noting the curving walls, double band moldings and beveled corners with nail-head ornaments.

Aside from key national and international sporting events that took place there, Rizal Memorial was also used as a garrison by the Japanese during the World War II, NHCP said.

Both declarations would now ensure the complex’s preservation and protection from any untoward modifications that might violate the penal provisions of Republic Act No. 10066, or the National Cultural Heritage Act of 2009.

The same law defines NHL as sites or structures connected to important events in Philippine history; ICP is described as a cultural property which has exceptional cultural, artistic and historical significance to the country.

The Inquirer learned the initial request for the complex’s declaration was made by then Heritage Conservation Society (HCS) president Ivan Henares in May 2013.

Henares, now head of the National Committee on Monuments and Sites (NCMS) of the National Commission for Culture and the Arts (NCCA), said request was denied by then NHCP chair Ma. Serena Diokno, who instead approved for the installation of a historical marker the site, which never happened since PSC then did not respond to NHCP’s plan.

Another request for declaration was sent by HCS trustee and Art Deco Philippines administrator Ivan Man Dy last November, this time to NM for possible National Cultural Treasure proclamation. NM declared it as ICP instead.

Henares told the Inquirer the declarations were a result of the efforts of the NCCA, NHCP and NMP as well as the NCCA NCMS, HCS, the International Council on Monuments and Sites Philippines, and the support of the Filipino people. —CONTRIBUTED