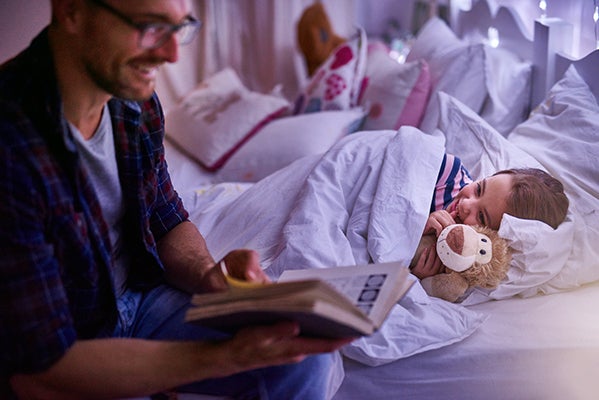 New research from the United States highlights the importance of regular bedtimes and mealtimes for children from three years old to help foster better emotional health and prevent obesity at pre-adolescence.

The study was done by researchers at Ohio State University, exploring the impact of regular bedtimes and mealtimes for young children on their risk of obesity at adolescence.

The researchers studied three household routines when children were three years old: regular bedtime, regular mealtime and whether or not parents limited TV and video watching to an hour or less per day.

All three of the evening routines were associated with better emotional self-regulation in children, according to the results, based on parental evaluation of how easily children became frustrated or over-excited, for example. Children with greater emotional dysregulation were more likely to be obese later, the study found.

“This research allows us to better understand how young children’s routines around sleep, meals, and screen time relate to their regulation of emotion and behavior,” explains lead author Sarah Anderson.

The conclusions of the study, published in the International Journal of Obesity, encourage parents to establish regular routines and stick to them, since obesity risk was also seen to increase when children “usually” had a regular bedtime, as opposed to “always”. The risk was greatest for children who had the least amount of consistency in their bedtimes.

Previous research has linked lack of sleep to an increased risk of being overweight or obese. When lacking sleep, people tend to be less active and are more likely to snack, especially on foods that are high in fat and sugar. JB