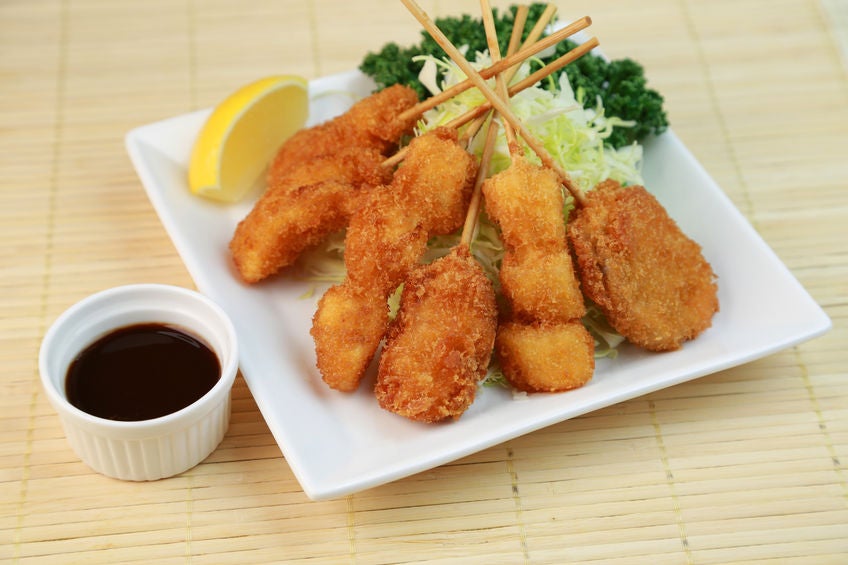 What is the best legacy a parent can leave? For Hiroe Tanaka, it was her late father’s lost recipe of her favorite Osaka street food, kushikatsu, which helped her start the multimillion-dollar franchise Kushikatsu Tanaka.

From a small restaurant with old kitchen tools outside central Tokyo, Kushikatsu Tanaka now has 146 franchises across Japan and one in Hawaii, thanks to the handwritten recipe.

Tanaka’s father, who died when she was 21, strived to perfect the deep-fried dish on a stick dipped in sauce (in Japanese, “kushi” means stick; “katsu” is cutlet) while working as a real estate agent.

However, it was no overnight success for the 46-year-old. She left university, worked as an administrative assistant, and eventually took a job under restaurateur Keiji Nuki, first in his Osaka bar and eventually in his restaurant to develop her cooking skills.

Prior to finding the recipe, Tanaka attempted to replicate her father’s recipe, even consulting professionals, but without good results.

By 2008, Nuki reported that the restaurant took a hit from the global financial crisis and became bankrupt. It was only when Tanaka nearly gave up trying to revive the restaurant that she found the recipe in a box “full of memos.”

The papers were filled with corrections, but after trying it, it was exactly what she had been looking for. “It was, indeed, the taste of the kushikatsu my father used to cook,” she said in a Bloomberg report.

Kushikatsu has the winning formula of an affordable and tasty meal. However, Tanaka lamented that “copycats” in Tokyo were giving it a bad reputation. Her father’s version ensured it had its authentic flavor. When Nuki opened the restaurant in December 2008, customers came in droves.

Nuki is now company president and Tanaka is vice president, with a 4 percent share valued over $3 million. The recipe remains a secret among them, with the company still raking in profits, closing at $2.9 million last November 2016 and up 57 percent from the previous 12 months. Forty more stores are eyed to open this year. Niña Guno/JB