Bangkok to get its first Michelin guide later this year | Lifestyle.INQ ❮ ❯ 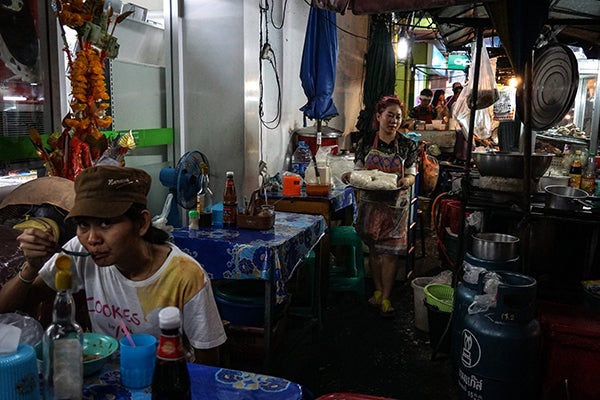 Bangkok to get its first Michelin guide later this year

After pledging to clean up the city’s street food stalls in an announcement that disappointed visitors and tourists alike last week, Thai tourism officials have announced plans to launch the first Michelin restaurant guide for Bangkok.

It all makes sense now.

When officials announced that street food stalls would be banned from the city’s main roads as part of a major clean-up crackdown, the news sparked widespread outcry given that roadside hawkers play a major part in the city’s grit, appeal and authenticity.

But it seems that the announcement was to pave the way for a bigger development in the country’s tourism plan: to welcome the arrival of tastemakers from Michelin, arguably the most famous arbiter of good taste in the world.

Rumors of Michelin’s entry into Bangkok have been swirling since earlier this year, but the news was confirmed at an event hosted by the Tourism Authority of Thailand last week.

“The kingdom’s food also has a long, rich heritage which enhances the pleasure of tourists traveling.”

Meanwhile, tourism officials softened their stance on the ban following widespread outcry, clarifying that street hawkers will continue to operate, but in designated zones away from main roads and walkways.

The Michelin Guide Bangkok will be released in both Thai and English editions at the end of the year and is projected to boost food spending by 10 percent per visitor.

Michelin coverage is expected to expand to other Thai destinations in future editions. JB