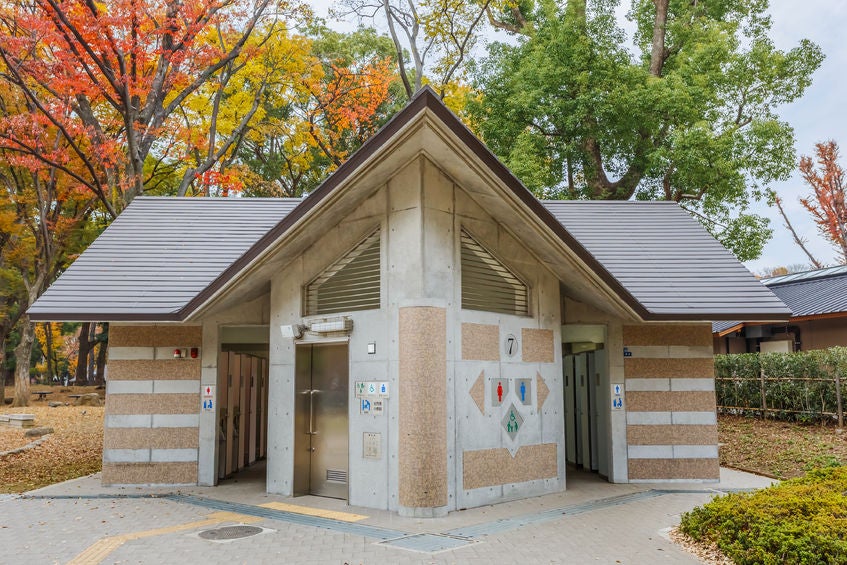 Even in developed countries, the issues of homelessness and squatting is very much present. At times, the homeless in these countries can even get quite creative.

Case in point: a Japanese man was recently arrested after he was discovered taking up residence in a public restroom within Usuki Park.

RocketNews24 reports that on April 12, an electrician contracted by the local municipal government reported having seen a human-shaped shadow in one of the park’s public restrooms. He was installing lighting at the time.

Officials later checked out the said restroom. They opened a 50-square-centimeter service hatch to the restroom attic. There they found a surprisingly well-kept and aptly-furnished 92-square-meter crawlspace. It had a space heater, gas stove and various items of clothing.

There was barely any space to stand in, except in the center, where the unidentified resident was found and arrested.

Apart from furniture, authorities also found over 300 plastic bottles of different sizes neatly organized in one corner. They were filled with the man’s urine.

The man was identified as 54-year-old Takahashi Yamanouchi of Gifu Prefecture. Yamanouchi told the police that he left home 10 years ago. He had drifted from place to place before arriving at his present location.

Yamanouchi found the restroom attic after seeing another person go in. He cohabitated with the other person for a time. After the original resident left, he continued to live in the space for three more years.

Authorities are currently charging him with trespassing but how he will be punished is still undecided. Putting him in prison would be an improvement over his former lodging while a fine appears pointless for a man of his current stature. Alfred Bayle/JB