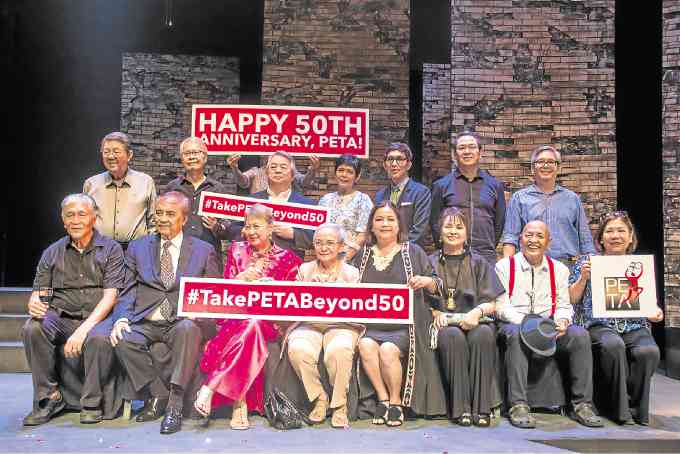 On April 7, the Philippine Educational Theater Association (Peta) celebrated its 50th anniversary by renewing its commitment to make a difference through theater.

The event, directed by founding member Gardy Labad, was graced by Peta founder Cecile Guidote-Alvarez who came with her family and husband, former senator Sonny Alvarez.

The celebration continued with a two-day concert, “Singkuwenta,” held at the Peta-Phinma Theater, which celebrated Peta’s rich history through songs. Written by Anj Heruela, directed by Melvin Lee, with musical direction by Jeff Hernandez and Myke Salomon, the concert featured music from “Rak of Aegis,” “Care Divas,” “Batang Rizal,” “Galileo” and “1896” performed by the Peta Choir, the UP Singing Ambassadors, Cabangon, Aicelle Santos, Rody Vera, Cynthia and Lionel Guico and other artists.