Philippine poverty through the eyes of a Japanese student | Lifestyle.INQ ❮ ❯ 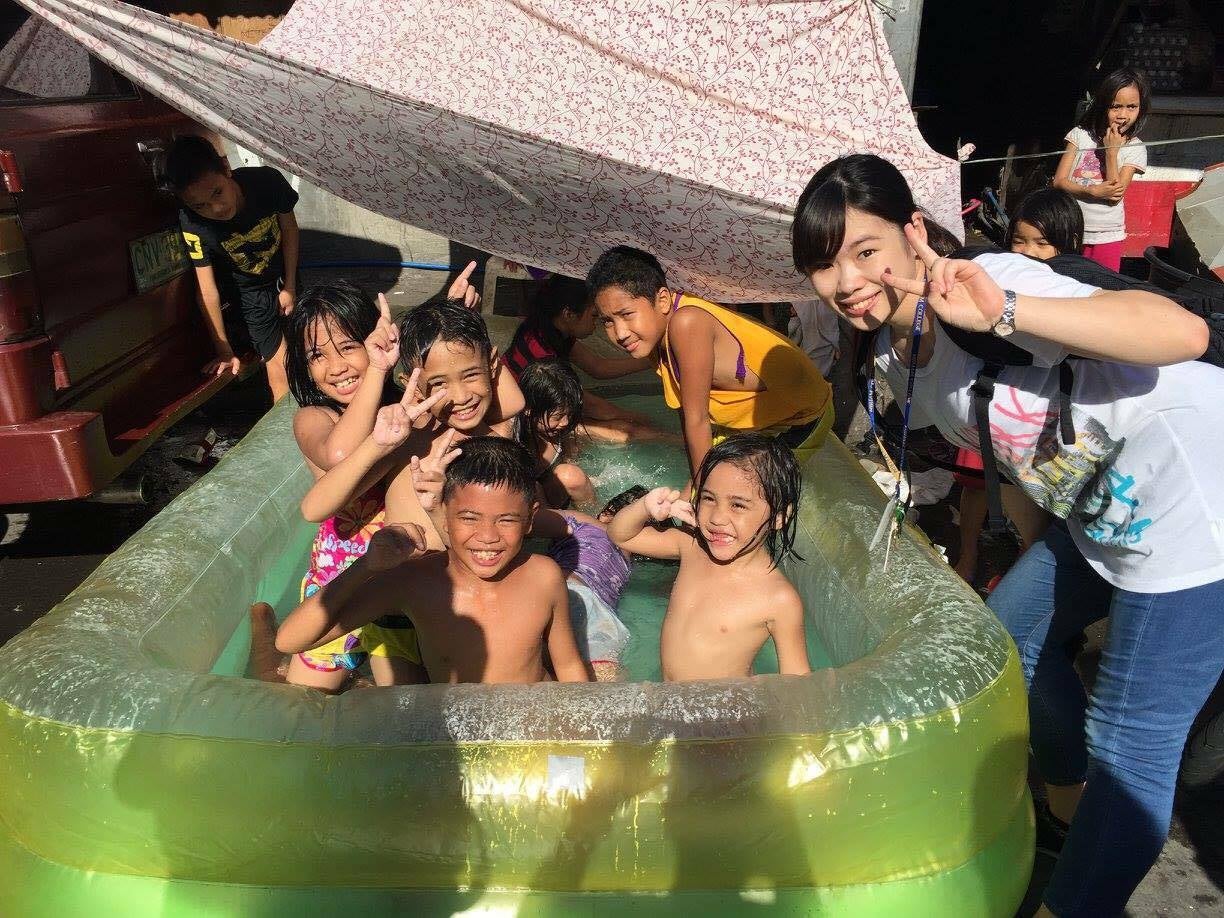 Yoko with kids from “Happyland”

Philippine poverty through the eyes of a Japanese student

According to our tour guide, hapilan means dumpsite in Bisaya, but people ironically call this place Happyland.

Through this tour, I realized three things about the poor in the Philippines and about poverty itself.

First, I discovered that there are so many children in Happyland—more kids than adults. I remember thinking that every teenager must be taught in school about sex education, because young people from poor families suffer from unwanted pregnancies.

The Philippines is a religious country, but I learned that religion is one of the reasons that sex education and even contraception are not fully discussed in schools. I believe it’s really important to know about sex, not from friends or from the media, but from educated teachers.

In fact, Japanese schools teach sex education in Physical Education class. When I had to attend that class, I felt awkward and embarrassed and could not understand why I had to learn about it with my classmates.

In hindsight, that PE class prepared me to look at sex and its consequences more objectively.

Another important lesson from this tour is that the rich and the poor do not have enough opportunities to see and talk to each other because there is a dividing line that separates them.

It is interesting to note, though, that for a country with a huge population of poor people, there are a lot of shopping malls in the Philippines.

Moreover, well-off people live in gated villages, while the have-nots live in slum areas such as Happyland, which is dirty, smelly and muddy. Indeed, the living conditions are very different, which only emphasizes the disparity between the rich and the poor.

This is why I think that the rich do not have enough opportunities to understand the poor and their situation. Such ignorance may explain why some rich people do not help the poor break the cycle of poverty.

Unfortunately, people in developed countries are also like that. From my experience, we are taught in school that there are a lot of developing countries in the world and many people die from poverty.

Therefore, we may “know” about poverty, but we do not have enough opportunities to actually “see” poor people in their living conditions. So, we just have a vague idea of what poverty is.

I think that the limited opportunities to understand the poor only make their situation worse. It also widens the gap between the rich and the poor, and between developed and developing countries.

Sadly, it seems that it is not easy for the rich to make sacrifices for the poor in developing nations. This might be due to greed.

To help people in need, we can share what we have. But, sometimes it is not that easy to do.

To be honest, after my slum tour in Tondo, I felt empty. And when my friends in Japan asked me about the experience, I could not explain my feelings well because it was literally indescribable.

But I know that I must share my personal trip in Happyland to my fellow Japanese. Perhaps I could give them a real sense of what it is like to be poor in a developing country such as the Philippines.

Hopefully I could somehow remind them to appreciate the comforts they have in Japan and to encourage them to help the poor in other countries.

As a student from Japan, I am ashamed to say that I had never cared so much about the poor until I lived and studied in the Philippines. Indeed, it was a life-changing experience for me that will surely enrich my understanding about people living in poverty, and about a nation striving for development.

Yoko Fujimoto is a recent graduate of Global Studies in Kobe College, Japan. She studied in Miriam College as part of an academic exchange program. Her Slum Tour of Tondo is a requirement in the Issues and Challenges in Developing Nations course at the International Studies Department of Miriam College.