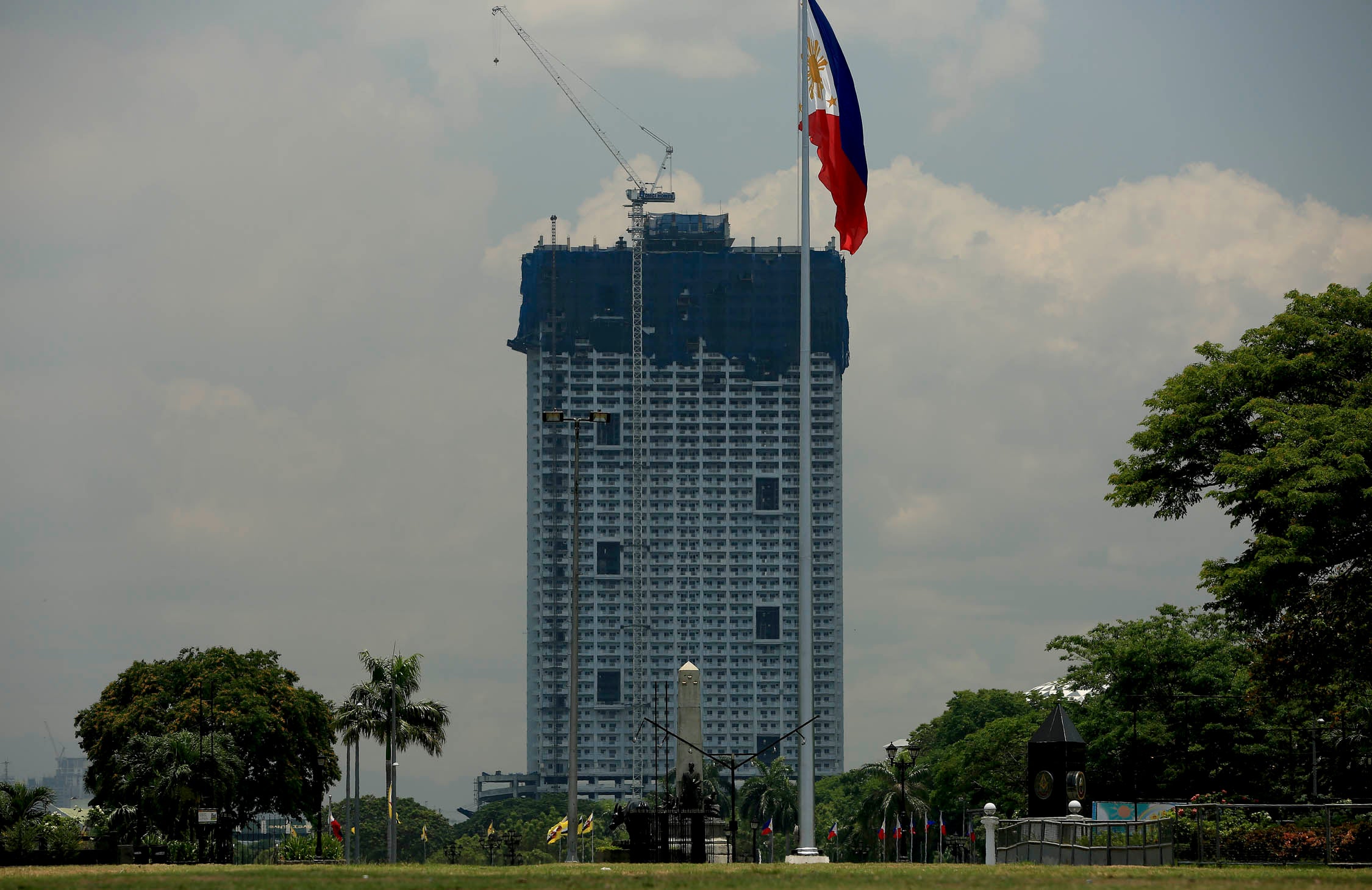 ‘Soon a wall of buildings as photobomber of Rizal Monument’

Fr. Harold Rentoria, OSA, head of the Subcommission on Cultural Heritage of the National Commission for Culture and the Arts(NCCA), has expressed NCCA’s disappointment over the Supreme Court (SC) decision allowing the resumption of the construction of Torre de Manila.

Voting 9-6, the SC junked the petition by the Order of the Knights of Rizal in September 2014 to stop the construction of the 49-story condominium by DMCI Project Developer Inc., dubbed as the “national photobomber.”

SC said the petition was dismissed because “the Court has no jurisdiction over the subject matter,” “the petitioners have no standing to sue,” and “they stand to suffer no injury.”

SC added there was no law prohibiting the construction of the building, despite the passage of the National Cultural Heritage Act in 2009.

But Father Rentoria also emphasized the positive aspect of the case.

“The case has shown us that there is a wellspring of support for the protection of our cultural heritage,” the Augustinian friar said. He noted the growing public awareness on heritage preservation as shown by the outcry against the decision.

Rentoria added there might be a need to review laws concerning national cultural patrimony and how they could be strengthened.

Against the SC ruling, Father Rentoria underscored that heritage conservation and preservation was enshrined in the 1987 Constitution.

Eric Zerrudo, head of the University of Santo Tomas Graduate School-Center for Conservation of Cultural Property and Environment in the Tropics, said the case “is an extremely costly lesson for all.”

He pointed out that everyone lost in the case—the local government, the heritage sector and even the developer.

Zerrudo added the case should also compel “local governments in challenging themselves in legislating views and vistas; developers to be culturally sensitive; national cultural agencies to put heart and head in their mandate; and everyone to pursue collegial open and honest dialogue in times of heritage contestations to arrive at resolutions that ensure intergenerational responsibility.”

“It is with regret that we received news of the decision of the Supreme Court on the Torre de Manila case,” said Mark Evidente, Heritage Conservation Society president. “We await, however, the actual decision so we can read it in full and we can     see how we can learn from this battle and how we can be better advocates for heritage in the future.

“We thank the Knights of Rizal for leading this charge. We thank the community of advocates that came together on this issue. We thank the general public who, by and large, felt that something was demeaned, something crucial was lost, with the construction of Torre de Manila. And we do thank the Court for taking the extraordinary step to hear from stakeholders on this issue. We are hopeful for, and look forward to, a discussion of the place of heritage in our system of laws.”

“We realize that much more work yet needs to be done in crafting better policies that protect our nation’s heritage, but we look forward to working with local governments, communities and developers in properly communicating the value of history, a sense of place, and the pride that we should have in our identity as a people.”

Tito Encarnacion, founder of the Advocates for Heritage Preservation, said the SC decision had set the precedent on other possible high-rise building projects around Rizal Park.

“Soon it will not only be Torre de Manila in the background but a wall of buildings.”

The Order of the Knights of Rizal said it “respects” the decision.

“We thank the public for carrying this matter with us and for making the same as a test case for Philippine heritage for whatever the outcome would have been. The public support that was expressed in favor of our stand was an indication not only of the importance of the national monument but also to the continued relevance and reverence of our National Hero, José Rizal still enjoys. Beyond this, may we preserve the value of our National Cultural Treasures and remain to live the Rizal way.”—CONTRIBUTED