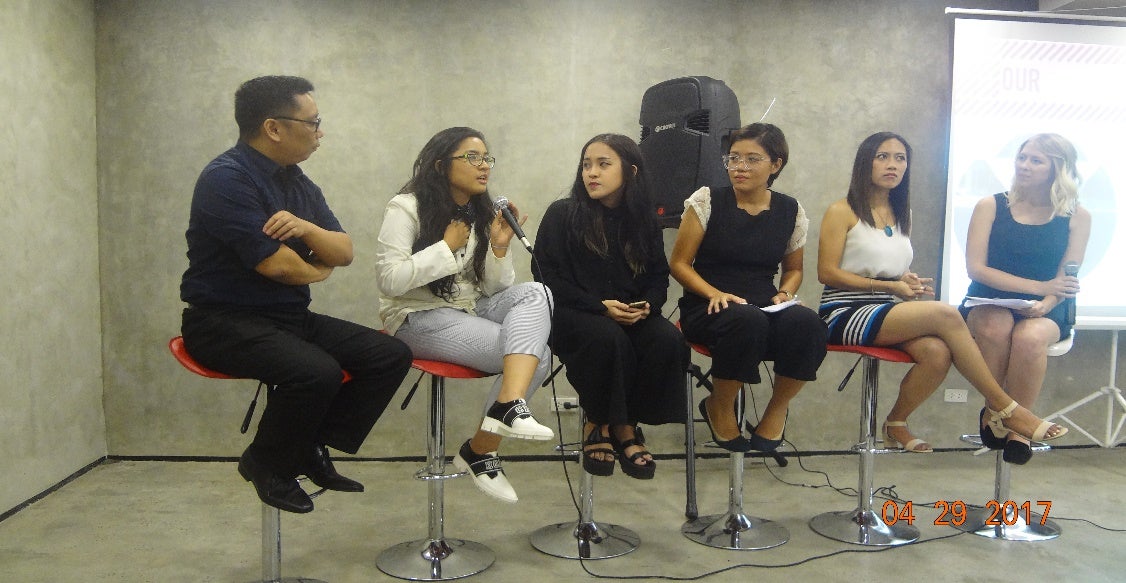 Fashion today is considered a major factor in expressing one’s self. But have you ever wondered where your clothing came from or who exactly made it? Or, more importantly, where do old clothing go after you throw it away?

Such are the questions the Fashion Revolution movement seeks to answer. The global movement, founded in 2013 by Carry Somer and Orsola de Castro, calls for more ethics, sustainability, and accountability within the global fashion industry.

At the movement’s Philippine leg on April 29 in Makati City, the program started with a screening of the documentary, “The True Cost” by Andrew Morgan, which looked into the people behind and lack of ethics in the fast fashion industry. Afterward, five panelists and ambassadors for Fashion Revolution Philippines spoke about fast fashion and how to encourage other people to support the organization’s cause.

“70 percent of our app is for fashion. So we really encourage not just fashionistas but also the people all over the world to continue the cycle of their garments that are still usable by selling it online instead of keeping it for no reason or throwing it away,” said Marita Galvez of Carousell, a Singapore-based shopping platform committed to reducing overconsumption and waste caused by clothing by selling preloved items.

“As a creative encouraging her noncreative friends, I make thrift shopping cool,” said fashion designer Hazel Anissa. “I try to give them good alternatives. There could be a lot of ethical ways of having clothes. Alternative ways. They could design their old clothes, put patch works on it, etc.” 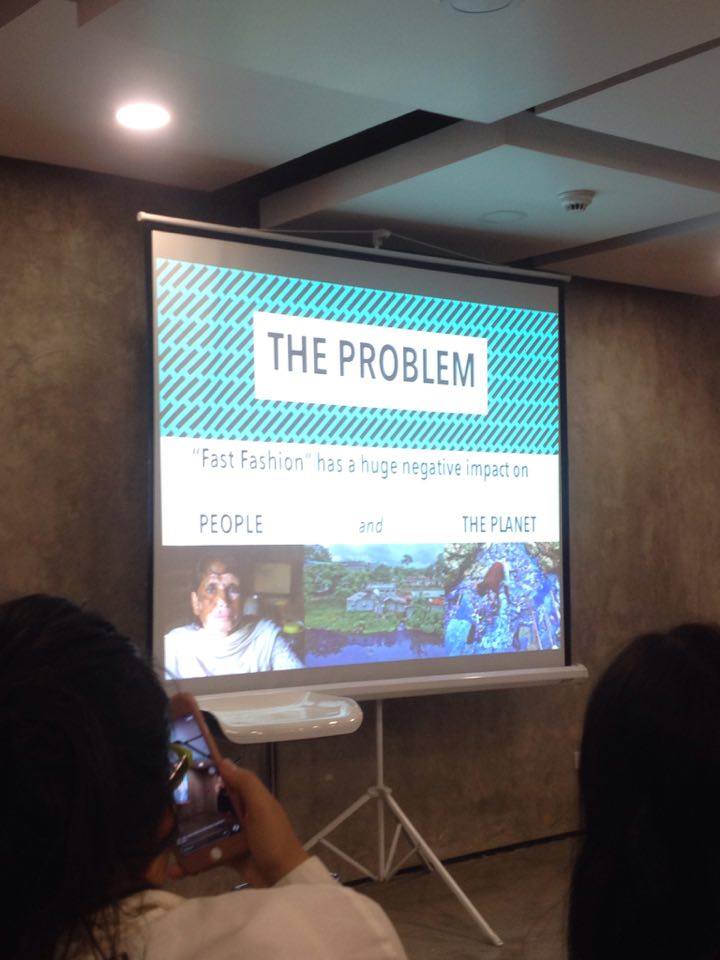 The original Fashion Revolution campaign spanning over 90 countries started in 2013 after a garment factory building collapsed in Savar, Bangladesh, and over a thousand factory workers were killed and many more injured.

In the Philippines, the local Fashion Revolution movement is still comprised of volunteers. Hannah Theisen, the event’s host, encouraged attendees, especially millennials, to join the cause. Among the movement’s next steps in the country is to look for student ambassadors from different colleges to join and support the campaign.

“One of the [things] that we consumers can do [to] lessen the impact to the fashion that we are consuming is just by buying less and buying better,” said Theisen. “We discard so much textile wastes, so many garments that are still usable and then they end up in landfills and create a lot of environmental problem.”

Supporters of the cause were encouraged to take a snap of themselves with their favorite clothing item and its brand, and upload on social media with the hashtags #whomademyclothes? and #fashionrevolution.