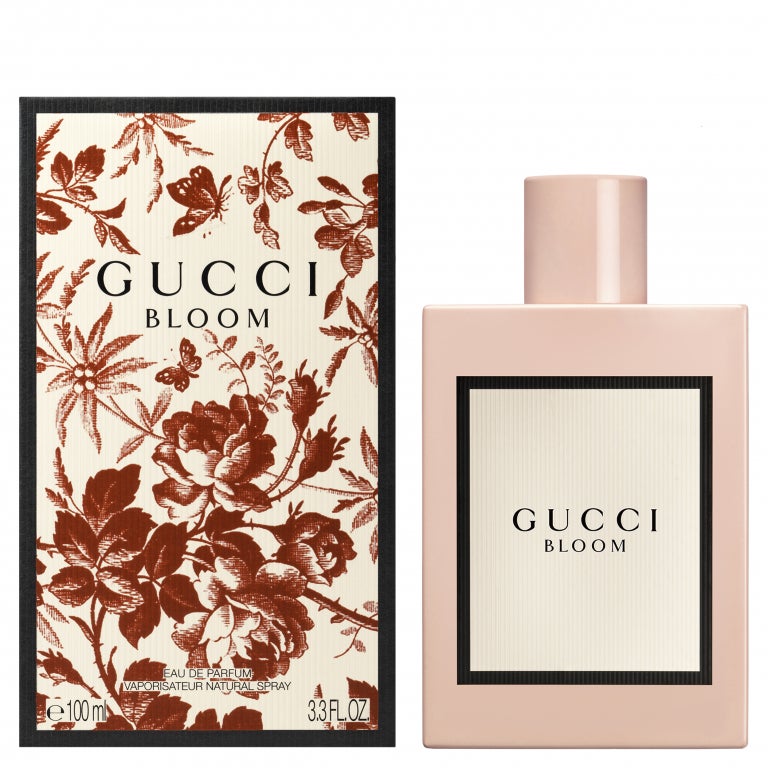 Michele, who was appointed creative director of the house in 2015 and who is responsible for all of Gucci’s men’s and women’s collections, worked in collaboration with master perfumer Alberto Morillas to create Bloom, a floral scent containing notes of jasmine, tuberose and Rangoon creeper, a special ingredient sourced from India exclusively for use in this fragrance. The floral element ties in with Michele’s ready-to-wear designs, which regularly feature botanical motifs.

Bloom will be packaged in a very classic, rectangular-shaped bottle in powder pink, which is likely to appeal to Gucci shoppers and fragrance fans on the basis of looks alone.

The launch of the fragrance will be celebrated on Tuesday, May 2 with a party in New York. Actress Dakota Johnson, artist Petra Collins and actress and model Hari Nef have been chosen to star in the perfume’s advertising campaign photographed by Glen Luchford, and will be among the celebrities in attendance. On May 3, Bloom will be available to pre-order in limited quantities ahead of the official release, which will be in August for the United States, but not until spring 2018 in Europe.

Italian-born Michele was a leather goods designer at Gucci before taking over as creative director following the departure of his predecessor Frida Giannini. He is credited with breathing new life into the house, and his feminine, vintage-inspired designs have inspired legions of fans around the world. JB

Streetwear brands have made their way into coffee mugs