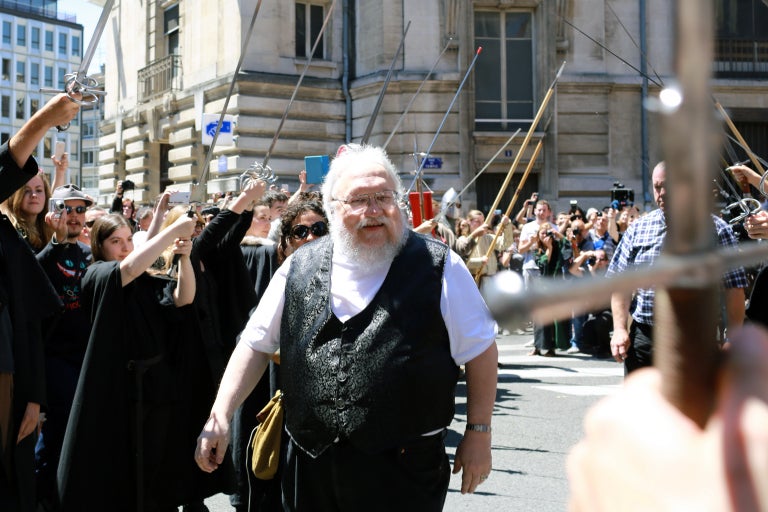 HarperCollins Publishers has launched a social media campaign using the thread #WhyIRead, which encourages book lovers to share how reading is meaningful to them. The initiative highlights the importance of literacy, and also commemorates the company’s 200th anniversary.

The year-long campaign has a dedicated website with five key sections. The HarperCollins 200, curated by booksellers and librarians, spotlights 200 iconic and enduring HarperCollins titles, notably “Moby-Dick” (1851), “Goodnight Moon” (1947), and “A Game of Thrones” (1996).

Inside the Archives is an array of publishing house artifacts like original manuscripts and author notes, plus a sympathy telegram to Coretta Scott King following the assassination of Dr. Martin Luther King Jr., and a letter from Agatha Christie regarding one of her publicity blurbs and book cover.

Why I Read asks authors from around the world about why they write, read, and what books influenced them. The site features authors such as Michael Chabon, Neil Gaiman, Donna Hay, Hilary Mantel, and others. Visitors to the site are encouraged to join the conversation and share their own passion for reading via social media.

In tandem, the company will donate $200,000 to a collection of literacy-related charities—promoting education, freedom of expression, diversity—selected by employees, including National Coalition Against Censorship, Room to Read, United Through Reading, and We Need Diverse Books. The donation is via a grant from parent company News Corp.

Further, HarperCollins collaborated with First Book for a #WhyIRead sweepstakes, in which readers can enter for a chance to win prizes (such as an iPad mini loaded with HarperCollins e-books). Grand prize winners can give to their community by recommending an eligible school or program in need of a book donation. The sweepstakes will run through June 7.

Robert Thomson, chief executive of News Corp, of which HarperCollins is a subsidiary, said in a statement: “For HarperCollins, the past is a prelude to a profoundly successful future.”

Brian Murray, CEO of HarperCollins Publishers, added: “We hope to continue to entertain, educate, and inspire generations of readers for centuries to come.” JB

Publishing coup of the millennium