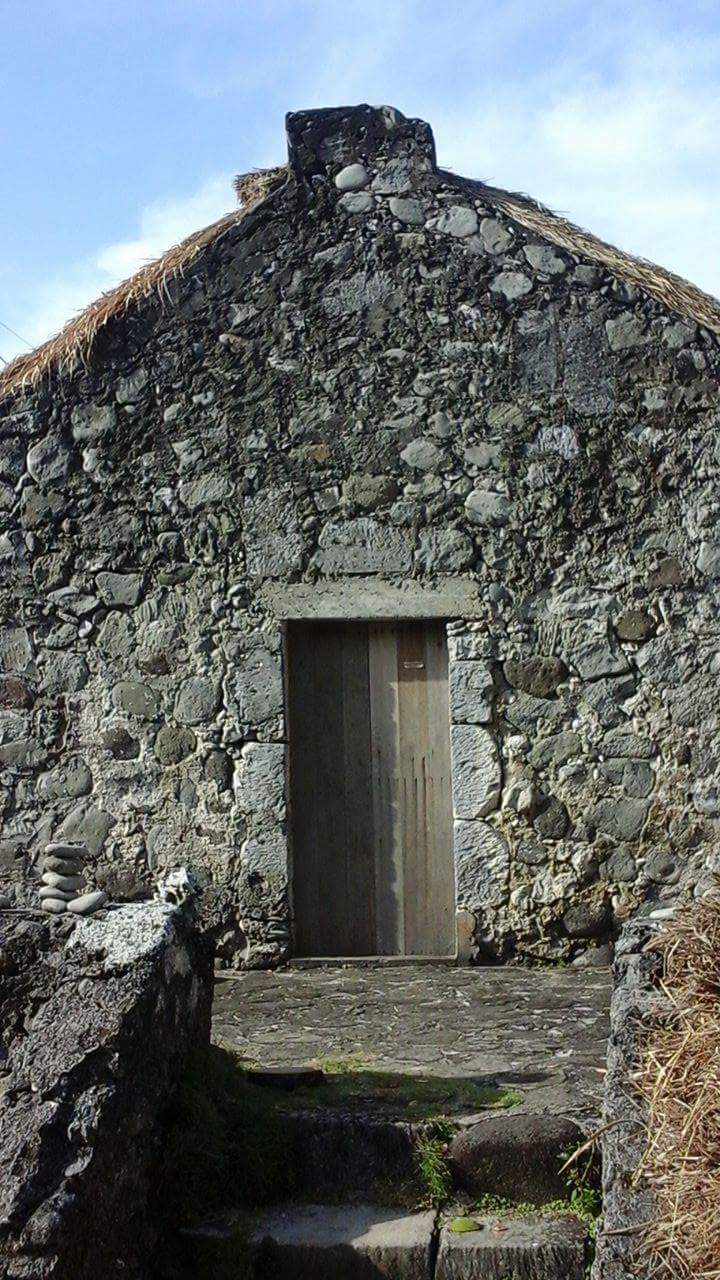 Sabtang in Batanes–our own undiscovered Shangri-La

The Philippines has its own version of Shangri-la in the northernmost group of islands known collectively
as Batanes.

With a unique landscape that some might compare to the Highlands of Scotland and the rolling green hills of Ireland, these islands are populated by the Ivatan native people (numbering some 14,000 and protected by the Indigenous People Act of 1997).

Batanes is a stunning land studded with a particular architectural style of solid limestone-and-coral buildings reminiscent of Galicia in Northern Spain, except that they have Asian thatch roofs and are particularly sited and oriented to resist the typhoons that batter these islands half of the year.

An older native architecture composed of huts, totally made out of native grasses such as cogon, abaca and bamboo with few apertures, still exists to complement their counterparts from the Spanish era.

In Basco, the capital, the OFW house which would not be out of place in Metro Manila is slowly making its appearance. Thankfully, there are no high-rises, and the church tower still defines the highest point in Batanes towns.

Due to the formidable challenge posed by its environment and climate, Batanes was only effectively occupied for a century—from 1771 to 1898. The Spanish colonizers had, however, always included them in the territory defined as Filipinas, and missionaries were persistently sent to convert and integrate the Ivatan into the body politic.

The Dominicans, in particular, had a leading role in the religious history of the Ivatans; as late as the last decade of the 20th century, they still sent Spaniards as parish priests to Batanes. The oldest documented collection of Ivatan precolonial gold ornaments is now at the Santo Domingo convent in Quezon City.

But while Batanes may have had a time lag in certain areas, it did not fail to be in touch with the major events that affected the rest of the Philippine archipelago.

On Sept. 18, 1898, barely three months after independence was declared in Kawit, Cavite province, a steamship arrived in Basco with Katipuneros on board to unfurl the first Philippine flag and to declare sovereignty over Batanes. There were only 19 Spaniards in the islands, and its governor, Julian Fortea, perished in this encounter. A native Ivatan, Teofilo Castillejos, was elected governor shortly after.

Batanes would be in step with the rest of the country, whether it was the American or the Japanese occupation, or its recovery of independence in 1946.

Its physical isolation was gradually compensated for by a full-fledged airport, a better road system and more regular shipping links. This has made travelling to Batanes easier, although high plane fares and still undeveloped hotel and lodging accommodations serve to deter budget travelers.

This is perhaps regarded as a positive factor by those who seek to preserve Batanes’ pristine quality and authenticity. The best time to visit Batanes would be between December and March with its cooler and drier weather; the warmer and more humid April to June is
an alternative.

Count on landing (weather permitting) in the capital of Basco, with its easy access to the picturesque sights and historic sites on the main island of Batan. Mt. Iraya, a dormant volcano, towers at 1000 meters over sea level and dominates the landscape for miles around.

Both sea and mountain beckon to the accomplished traveler at the Basco Rolling Hills (for hikers) and the Rural Marine Sanctuary (for swimmers and snorkellers).

For those with architectural and archaeological bents, Ivana, Uyugan, Song Song and Itbud in the south provide treasures to discover, including: the Tampan Burial Marker Fortress; the House of Dakay, which survived the earthquake of 1918 and is the most photographed stone house today; the Itbud Itjang, a hilltop fortress where the early Ivatans climbed to defend themselves against invaders; and the Racuh-a-idi old pre-Hispanic settlement.

Returning to the capital of Basco via Itbud, one notes the work-in-progress National
Museum branch of Batanes,
curiously sited by the sea
in what used to be the American Long-Range Aid to Navigation building (a vestige of the
Cold War). The museum may one day host relics of Batanes’ rich ethnology.

In Tukon is a modern nod to traditional architecture—Mt. Carmel Church, the site of wedding celebrations; and in Kaumbakan is the Fundacion Pacita Lodge, which pays tribute to Batanes’ most famous female artist, Pacita Abad, who passed away prematurely at age 59, but not without international recognition.

Lighthouses which now embellish the island are modern-day creations that did not exist during the Spanish era, but which add a touch of New England Americana to the landscape.

A visit to Batanes should include sorties to at least one of its two other main islands, Sabtang and Itbayat, to see even more untouched Ivatan villages, where culture and heritage flourish in splendid isolation.

We chose the nearer destination of Sabtang for its proximity, a half hour away by boat, instead of Itbayat, which would have required two to three hours of boat travel each way.

In Sabtang, one is rewarded with a visit to the Chavayan Barrio. Like a historic page torn out of time, it seems to capture the solitude nurtured by this island. Meeting its inhabitants, one notes the stalwart qualities which have made them endure and survive the peculiar challenges of living in Batanes.

For one, they have a strong communal spirit, reflected in their custom of Kamanidungan, such as helping each other replace cogon roofs for free (rewarded, however, by thank-you feasts and drink) and singing the Kalusan while working in the fields or sawing tree trunks. It is literally true that an individualistic, selfish person cannot possibly survive in Batanes.

Ultimately, what one sees as beautiful landscapes in Batanes are also shaped by the Ivatan themselves, as in the quilt-like patterns that “protect the crops from wind and animals, control soil erosion, host migrant birds and other species and provide wood and reeds for domestic use.”

Batanes is also helped by the close cooperation between its leaders and people. I was witness to the simple yet touching flag retreat on a Friday afternoon, led by governor Rosario Colayco, with the Ivatan surrounding her as they lowered the Philippine standard and sang the national anthem that day.

Something to be learned by city slickers in this, our own version of Shangri-la.