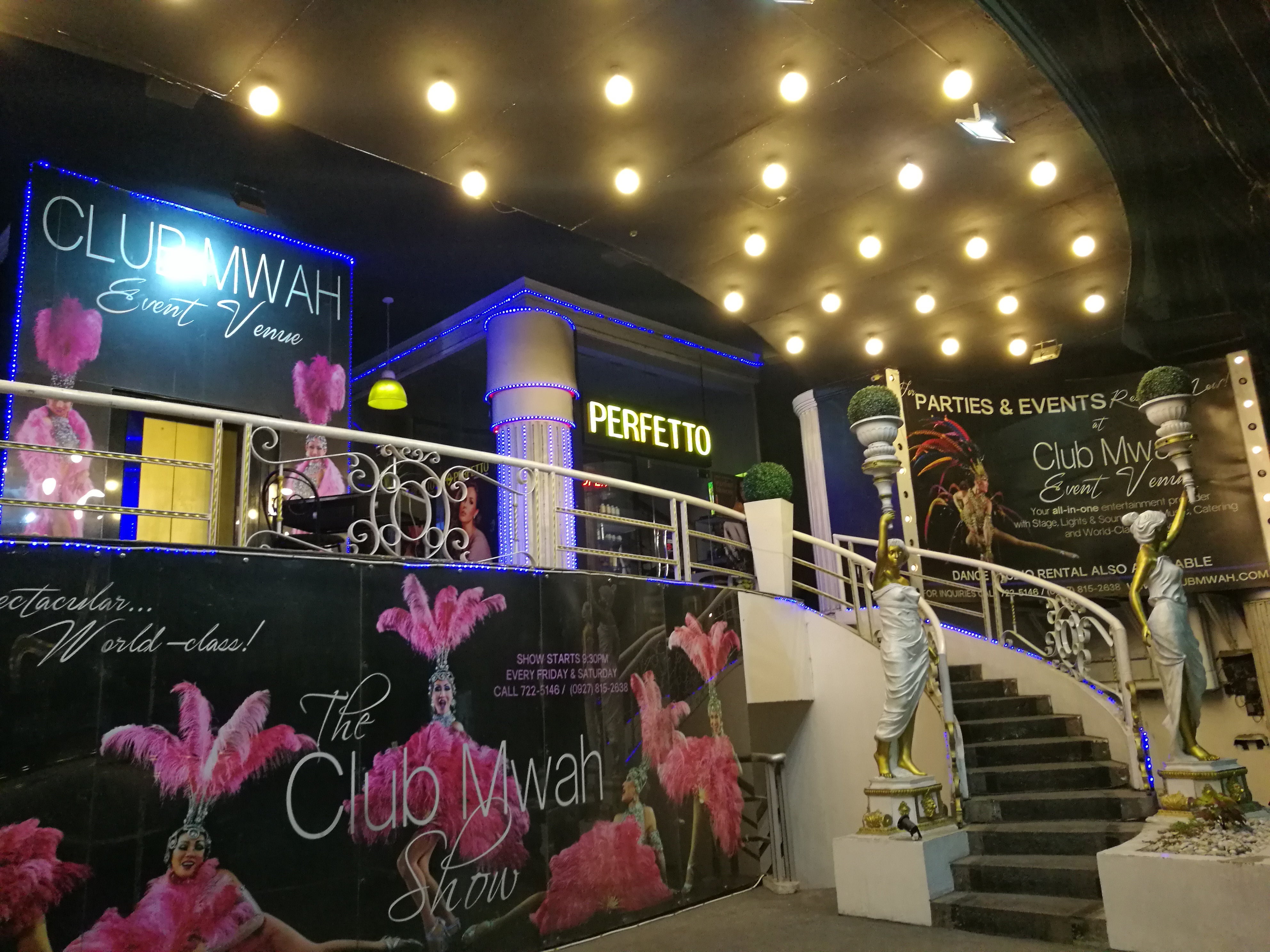 Club Mwah is turning 14 this year. Photo by Pocholo Concepcion

Club Mwah festive as ever, with more male performers

It’s been two years since our last visit to Club Mwah, and the changes are noticeable inside and out.

Inside the main hall on the third floor, the look is festive with faux trees, which later turn out to be props for use in the show proper.

At 8 p.m. the house music is relaxing yet invigorating—jazz covers of Spandau Ballet, Nirvana, Billy Idol, The Cure, Michael Jackson and Eric Clapton classics, sung by someone who sounded like Michael Bublé.

After 30 minutes, the hall gets into a party mood as dance music plays and more people stream in.

The set dinner of beef tenderloin, veggies and rice is tasty and light (we actually skipped the rice), which makes it easy to drink the San Mig Light that we order.

It’s a little past 9 when the show starts—a colorful dance number paying tribute to Havana, truly festive and fun, the sight of more male dancers striking a balance to the female impersonators.

But of course, the show depends a lot on the beautiful and sexy artists, led by the main star (and the show’s creator, costume designer and director) Cris Nicolas—who still shines in the Patti LaBelle, Amadeus and Tina Turner numbers.

The cast is particularly impressive in the “Cell Block Tango” segment from “Chicago”, each performer seamlessly executing the Broadway-class choreography.

It’s unfair to box the show as just another Western-influenced production, because Nicolas has some surprises: a “Singkil” segment that highlights the country’s pre-Hispanic history, and the “Narito Ako” Pinoy pop spot number, not to mention the local humor injected, for instance, during the LaBelle and Turner segments (it can get a bit corny, though foreigners in the audience sure love it).

As it approaches its 14th year, Club Mwah has proven that the concept of a theater-restaurant presenting a Las Vegas-inspired musical-comedy revue can be successful in the long run. Credit goes to Nicolas and his partner, Pocholo Malillin, who runs the business side to make sure everyone in the production makes a decent living out of the city’s nightlife.
Visit Club Mwah at 652 The Venue Tower, Boni Ave. Mandaluyong or call 5357943

The lineup includes some of the country’s most exciting and talented indie local artists at the moment: Autotelic, Milesexperience, Sud, Jensen & the Flips, Reese Lansangan, Gabby Alipe, Somedaydream, Ninno, She’s Only Sixteen, Conscious & the Goodness.

Billed as “an advocacy of MCA Music in support of bringing Filipino artists together,” the concert is really the record label’s way of recognizing the current crop of local musicians that need major exposure amid the constant influx of foreign acts.