The most Muslim-friendly travel destinations for 2017 | Inquirer Lifestyle ❮ ❯ 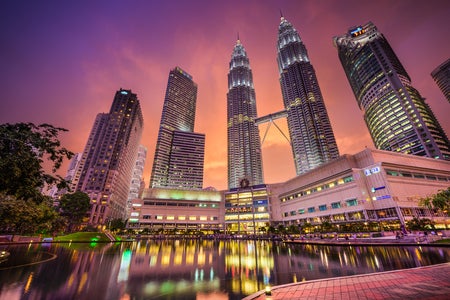 The most Muslim-friendly travel destinations for 2017

Malaysia, Singapore, Thailand and the United Kingdom have been named some of the world’s most Muslim-friendly travel destinations in a new report.

In the Mastercard-CresecentRating Global Muslim Travel Index 2017, Malaysia topped the list as the world’s best overall travel destination for Muslim travelers, a fast-growing travel segment which is projected to grow to 156 million by 2020, up from 121 million in 2016.

Malaysia is followed by the United Arab Emirates, Indonesia, Turkey and Saudi Arabia.

While the overall ranking is predictably dominated by countries that are part of the Organization of Islamic Cooperation (OIC), Singapore (non-OIC) managed to crack the top 10 list. It also leads a breakout ranking of non-OIC countries.

The OIC serves as a collective voice for Muslim countries around the world.

Sub-categories within these areas include everything from visa restrictions, family-friendliness, safety, halal food options, access to prayer places and safety.

The results show that Muslim tourists favor Asian destinations, which received the highest average scores, followed by Africa, Oceania, Europe and the Americas.

Half of the top 10 non-OIC destinations, for instance, is taken up by Asian countries, revealing concerted efforts to attract the Muslim travel market, analysts say.

Another notable performer is Spain, which entered the top 10 list for the first time.

After Singapore, Thailand and the U.K. round up the top three spots.

Here are the top 10 destinations on the Global Muslim Travel Index: