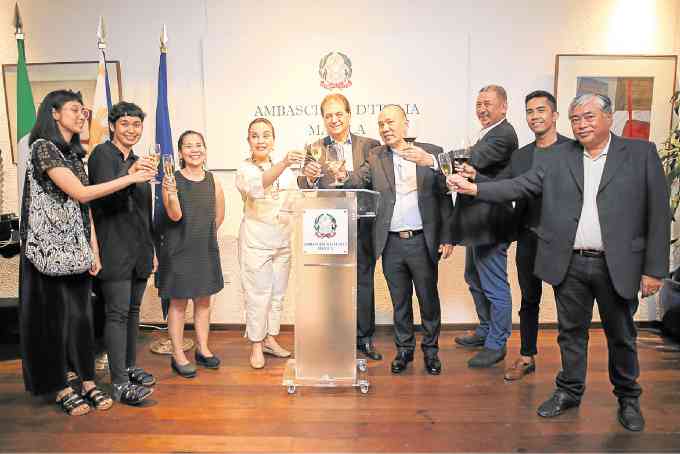 As the Philippines returns to the Venice Art Biennale in Italy, our national pavilion will be at the Arsenale, one of the main exhibition spaces. It will open May 13 and run through Nov. 26.

Arsenale, one of Europe’s largest shipyards during medieval times, has been re-purposed to hold Venice’s art and architecture biennales.

To accommodate the increasing activities at the Venice Art Biennale at the Giardini del Castello, the original venue, Arsenale was converted to host the two main curators’ exhibits and the country pavilions.

“We are gradually improving our place, and we are able to better engage the world through our artists and Philippine art,” said Sen. Loren Legarda, the biennale’s prime mover, in a statement.

Under her initiative, the Philippines made a comeback to the biennale in 2015 after 51 years of absence.

The Philippine Pavilion was mounted at a historic though collateral space, European Cultural Centre-Palazzo Mora. Then curator Patrick Flores of University of the Philippines Vargas Museum worked with multimedia artist José Tencé Ruiz and filmmaker Mariano Montelibano III on the theme “Tie a String Around the World.”

It was touted as one of the must-sees in the Venice Biennale 2015.

The Philippines’ return drew local media attention and more interest in the art scene. For this event, Legarda personally asked Paolo Baratta, president of La Biennale de Venezia, to include the Philippines in Arsenale. The National Commission for Culture and the Arts (NCCA) wrote to Baratta to formalize the request.

The NCCA is the main government agency funding the Philippine participation in partnership with Legarda’s office and the Department of Foreign Affairs.

At the 2017 Venice Art Biennale launch, held at the residence of Italian ambassador Massimo Roscigno, Legarda told Inquirer that the Philippines worked on a modest budget of P15 million.

“Even with less resources, success is fueled by creativity and passion. Never before has it happened that the Philippine government supported much in arts and culture,” Legarda said.

The Philippine Pavilion will be installed at Artiglierie, one of Arsenale’s exhibit areas. The selection of the participants was based on an open call for proposals and selected by a local committee.

Curator Joselina Cruz of De La Salle-College of Saint Benilde’s Museum of Contemporary Art and Design derived the theme, “Spectre of Comparison,” from a chapter in José Rizal’s “Noli Me Tangere.”

The novel’s protagonist, Crisostomo Ibarra, visits the botanical garden in Manila and realizes how the city has transformed and draws a comparison with European capitals.

Cruz explained the theme was developed in the context of the Philippines being positioned with other countries at Arsenale.

“The theme perpetuates itself. This is no longer the time
of segregation in the world. It’s something that we have to start questioning, ‘What does it mean to be a nation now?’” she said.

“Aside from their huge international following, I chose them because they have a strong political standpoint even if they don’t live in the Philippines. They are engaged in critical thinking,” said Cruz.

Like Rizal’s Ibarra, the artists’ experiences of living in the Philippines and overseas have made them more aware of national identity.

Maestro, an installation artist, studied in Canada and has a studio in Normandy, France. Her work “No Pain Like This Body,” a red neon-light graphic design, was inspired by prostitution and drugs born out of poverty in Vancouver’s Downtown Eastside. 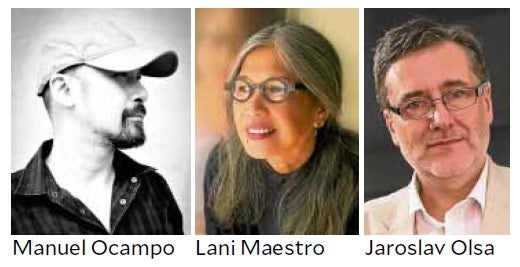 Ocampo, a painter who studied in California, is known for combining religious imagery with sociopolitical statements.

Some of his paintings express psychological wounds in society due to historical oppression or are provocative symbols of his critique about social structures.

Legarda hoped the public would be more engaged in the arts. “Our hope is to find space in the global as well as the national conversation where there is much bad news that find prominence in traditional and social media.”

Ultimately the greater vision is for the government to continuously support Philippine arts and culture.

“Investing in art is important. It is an investment in our people, our humanity, our spirit,” Legarda said.

The director, Christine Macel, curator of Centre Pompidou, selected young artists Katherine Nuñez and Clarissa Rodriguez, who will create an installation, “In Between the Lines 2.0,” on the theme of labor and education, using crafts and soft sculpture.

Veteran painter David Medalla will present “A Stitch in Time.”

The three artists are sponsored by the organizers, La Biennale di Venezia.